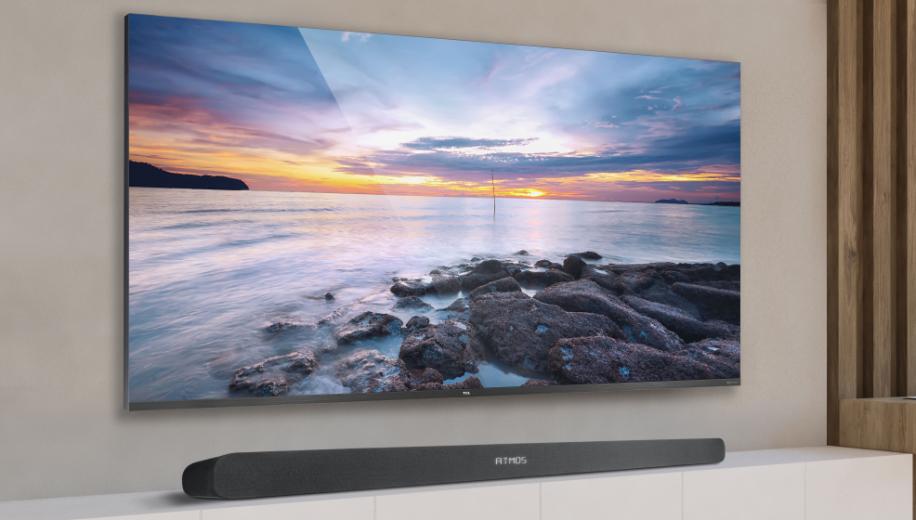 TCL has unveiled a trio of affordable soundbars for UK TV viewers including the TS6100 and TS6110 which are available now plus the TS8111 coming early next year.

TCL brings its latest soundbars to UK consumers with the aim of delivering a better soundbar audio experience, a wider soundstage and both clarity and acoustic accuracy.

Despite an entry level price of £200, the TS8111 promises an immersive Dolby Atmos experience from its 2.1 channels, while the single unit TS6100 starts at a mere £69 and the TS6110 adds a separate subwoofer yet only takes the price to £129.

All the soundbars bring listeners closer to the audio experience with maximum audio power which increases the immersion yet still makes sure the dynamics needed for accurate reproduction of music are still intact.

The TS8111 delivers its 3D Dolby Atmos sound via a carefully engineered combination of angled drivers and acoustic radiators. Plus, with 260W of power and the built in twin subwoofers there’s still plenty of low end without having to take up extra space with a separate subwoofer unit, ideal if you’re looking for cinematic sound in smaller or secondary rooms.

Throw in the TS8111’s Bluetooth support and the soundbar easily doubles as a room filling music system too.

The soundbar supports Dolby Audio surround sound delivered from its specially crafted wide-range speaker drivers and owners can wall mount the TS6100 for even greater convenience and, like the TS8111, it supports audio streaming via Bluetooth.

For movie fans that are after a little more low end, the TS6110 has all the features and convenience of the TS6100 but increases the power from 120W to 240W and adds a separate subwoofer for added bottom end punch and immersion.

The TS8111 will be available from January 2021 priced £199 and is ready for preorder from Amazon now.