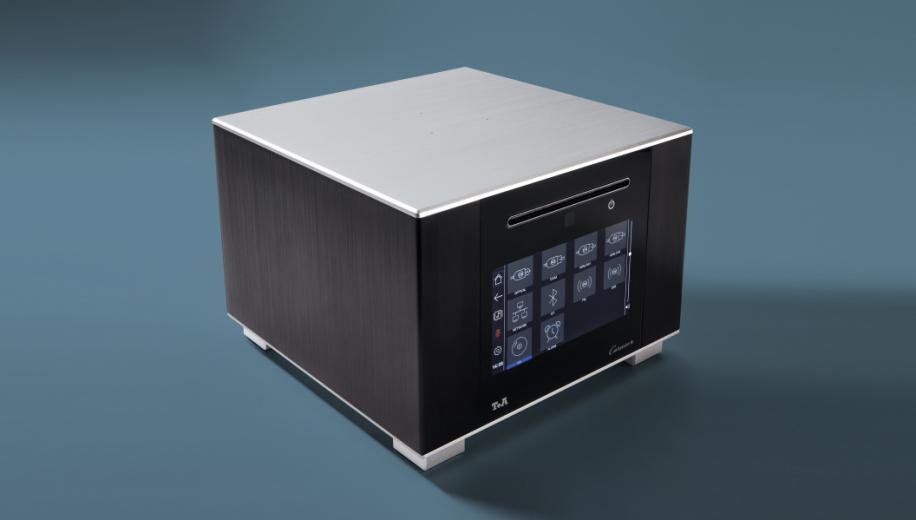 German luxury Hi-Fi product firm T+A is expanding its Caruso family of devices with the addition of the Caruso R music system and two new speaker packages – the floorstanding S 10 and standmount R 10.

After the release of the Caruso All-in-One speaker system in 2020, T+A has designed the new  Caruso R music system to close the gap in the company’s Lifestyle line-up by addressing customers who are looking for a classic stereo system with the added benefits of a modern user interface and connectivity. This time though the speaker-less Caruso R music player can be matched with T+A’s Caruso S 10 floorstanding and R 10 stand mount speakers, which dovetail nicely in visual and sonic terms.

From the outset, the challenge for the development team was adapting the established Navigator OS to suit the new role of the Caruso R as a receiver. Project Manager Jörg Küpper, stated, “We had to rethink many aspects of the user interface, and adjust them to suit the altered facilities.” He added, “In the final analysis, the product we developed is a blood-brother to the Caruso, but still a truly independent unit.”

The main user interaction point of the Caruso R is the 7-inch high-resolution landscape-mode screen but control is also possible via the Caruso Navigator App for Android and iOS, as well as by the remote control handset, which is supplied as standard. The overall look is not dissimilar to the speaker-sporting Caruso but the distinctive loudspeaker grilles have been replaced by black-lacquered aluminium cheek panels which are accentuated by the contrasting silver cover.

Connectivity is covered by a range of analogue and digital inputs and music can be sourced from FM and DAB tuners, the integral CD player, a home network, Tidal, Deezer and Qobuz accounts as well as Bluetooth and Airplay 2 to stream from compatible devices.

The Caruso R also contains the new Streaming Client introduced in its predecessor which provides access to the Amazon Music HD and Spotify Connect music streaming services. Amazon Alexa can be used to control smart devices around the home and privacy is protected since the Alexa functions and microphones can be switched off at any time.

Accompanying and complementing the Caruso R are the optional floorstanding S 10 and standmounted R 10 loudspeakers which both feature external designs that slot harmoniously into the Caruso series. Marketing Director, Conradin Amft, stated that it was important to include both bookshelf and floor-standing speakers in the portfolio, “We believe in placing as few restrictions on our users as possible. This conviction is reflected in the two speakers, both of which are specially designed to suit their individual application and environment.”