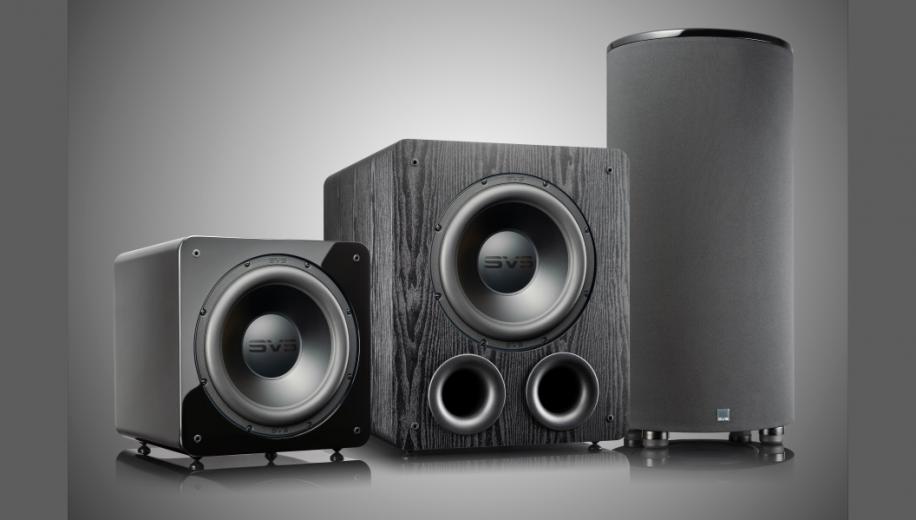 Not a company to rest on their laurels and bask in past glories, SVS has made a concerted effort to bring its flagship technologies to more affordable subwoofers so that more people can experience near reference performance at accessible prices.

To that end, SVS has announced the launch of its new 2000 Pro series of subwoofers, which replace their 2000 series models.

The 2000 Pro series consists of the SB-2000 Pro sealed cabinet, the PB-2000 Pro ported cabinet and the PC-2000 Pro ported cylinder and all bring elements of SVS’ flagship ‘Ultra’ bass design for under £1K. These design and performance features include a 550 watts RMS / 1,500+ watts peak power amplifier which drives an all-new 12-inch high-excursion SVS driver, supported by enhanced cabinet design, Digital Signal Processing and SVS’s easy to use control app.
First and foremost is the transplanting of the onboard Sledge STA-550D amplifier to the S2000 Pro series. This amp brings Class D efficiency and the high current output of discrete MOSFETs (metal–oxide–semiconductor field-effect transistor - used for switching or amplifying signals). This bespoke amp delivers 550W RMS power on-demand with reduced distortion and precise driver control.

The all-new 12-inch driver, which was specially designed for the 2000 Pro series, has a dual-ferrite magnet motor assembly, a rigid vented aluminium cone complete with composite fibre dust cap and has a long-throw parabolic surround for extreme excursions which move very large air volumes.
Designed to handle the S2000 Pro’s high performance characteristics, the enclosure employs an extra-thick MDF front baffle and rigid internal bracing to virtually eliminate colouration, even when the deepest low frequencies are played at reference levels.

Making sure the power of the Sledge amplifier is correctly deployed is what SVS claims is one of the most sophisticated DSP engines ever used in a home subwoofer - a 50 MHz Analog Devices Audio DSP with 56-bit filtering. The processing here uses advanced in-room tuning, optimised frequency response curves and powerful DSP controls to help maintain optimal sound quality.
Bringing control over the DSP functions is the same DSP smartphone app for Apple, Android and Amazon devices that was introduced for the 16-Ultra series. The SVS app connects via Bluetooth, even when the subwoofer is out of sight, and is bi-directional meaning that changes are reflected on the sub’s front panel display and the app in real time as they are performed. The available control parameters range from simple volume adjustments, editing crossover frequencies, access to DSP functions and programmable custom presets for movies, music and gaming, all the way through to a three band parametric EQ and system polarity.

SVS subwoofers have proved popular with AVForums in the past, so what do readers think of these newly announced 2000 Pro models?