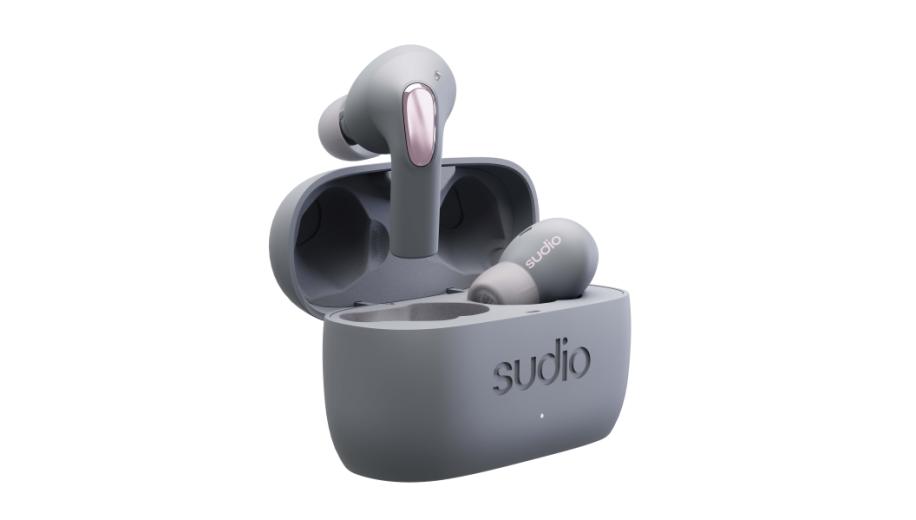 Sudio has announced that the launch of its new flagship E2 true wireless stereo earphones will include a collaboration with fellow Swedish audio company Dirac, adding the latter’s Dirac Virtuo spatial audio solution to the mix.

Designed for “early adopters of innovative technology who also value premium experiences”, the E2 earphones include a dual-core chipset with Dirac Virtuo built-in to deliver spatial audio from stereo content regardless of the device or media source you’re using. They also feature hybrid noise cancelling and beamforming directional microphones for improved performance, with liquid silicone ear tips. The model also supports a wireless charging hub and has a quick-charge option.

The implementation of Dirac Virtuo could certainly make things interesting, using a high-resolution binaural room impulse response to create the aural illusion that sound is coming from in front of you, to enable you to experience it much closer to how it was originally intended. The patented technology also includes a magnitude correction system to further eliminate unwanted resonances from the earphones, for a more accurate stereo soundstage.

Speaking of the collaboration, Sudio CEO Johan Gawell says: ““Dirac Virtuo makes listening to music like sitting in the studio with the artists themselves. The audio just comes to life, with richer detail and an immersive soundstage. With Dirac Virtuo included in the Sudio E2 earphones, consumers can hear music the way the musicians and producers intended it to be heard.”

Unsurprisingly, Dirac is equally enthusiastic about the results. Lars Isaksson, the company’s head of business development for streaming and headphones, added: “The new E2 earphones look amazing and produce rich, immersive, high-performance sound – raising the bar significantly on headphone audio experiences. This is just the beginning of a long and rich collaboration between two Swedish audio innovators.”

As for how this collaboration translates into the overall performance of the E2 TWS earphones, we’ll have to wait and see. At the time of this announcement we didn’t have access to the model specifications, or the finer details on pricing or a launch date (although the image assets suggest water resistance and a range of colour options), but you can be sure all the key info will be up on Sudio’s website in the near future, if not by the time you’re reading this.