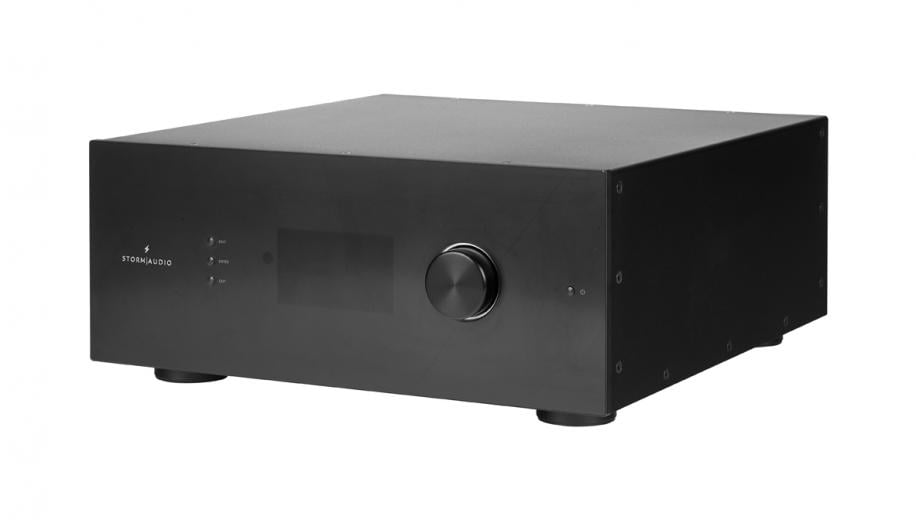 StormAudio has promised some key new products along with software-delivered feature updates for current hardware as well as an extended 5 year warranty for its entire MK2 range.

France based home theatre audio specialist StormAudio is demonstrating confidence in, and commitment to, its current portfolio of audio processors with announcements including new models that feature Audio over IP (AoIP), an HDMI 2.1 upgrade board and software enhancements StormXT and Channel Remapping.

In addition, the MK2 range of DSP based processors introduced in March 2020 will now be covered by an extended warranty up to five years for parts and labour, effective immediately, and which will be applied ‘retroactively’ - so, presumably from the date of purchase.

Moreover, the modular architecture available in the MK2 series means that, while the products currently benefit from increased computing power, higher channel count, new immersive formats such as DTS:X Pro and IMAX Enhanced, they will also be able to take advantage of new developments and features as they come online, via added modules.

The first example of this will be a new HDMI card which will be fully compatible with the HDMI 2.1 / HDCP 2.3 protocol and which is being developed through a partnership with semiconductor specialists Cypress Technologies. After being the first high-end AV processor to support eARC back in 2019, StormAudio plans to get this HDMI 2.1 board to owners of not only MK2 products but also those with MK 1 hardware in late 2021.

Audio over IP is a technology that until recently was mostly used in the professional audio and video industry, however, StormAudio is creating an optional module for its products to add full compatibility with the AES67 / Ravenna AoIP protocol on 32 inputs and 32 outputs. This technology will be included in two new models, the ISP.32 Digital AoIP and the AoIP Upgrade module and both models are currently being tested with various sources and endpoints with a release due at the end of Q2 2021.

From a software perspective, a proprietary engine called StormXT has been developed which will work in concert with existing upmixing algorithms to ensure that any silent speakers that are not currently receiving a decoded audio signal can also be used. StormXT will analyse and extract audio signals from nearby speakers and redirect them to silent speakers to increase immersion. This feature will be coming to the StormAudio ISP platform free of charge in 2021.

For speakers that might not be in the optimal position in the room, perhaps because of physical constraints or differences between different codec placement recommendations, StormAudio is working on Channel Remapping which it will use to address this challenge. Channel Remapping will be offered to customers as a software upgrade on the ISP platform with more information due later this year.

StormAudio has also indicated that there will be further major announcements regarding developments over the summer as the company’s team of engineers continually work on key updates for the ISP platform used in its products.

Are you a StormAudio hardware owner who’s excited by these announcements? Let us know what you think in the comments section.