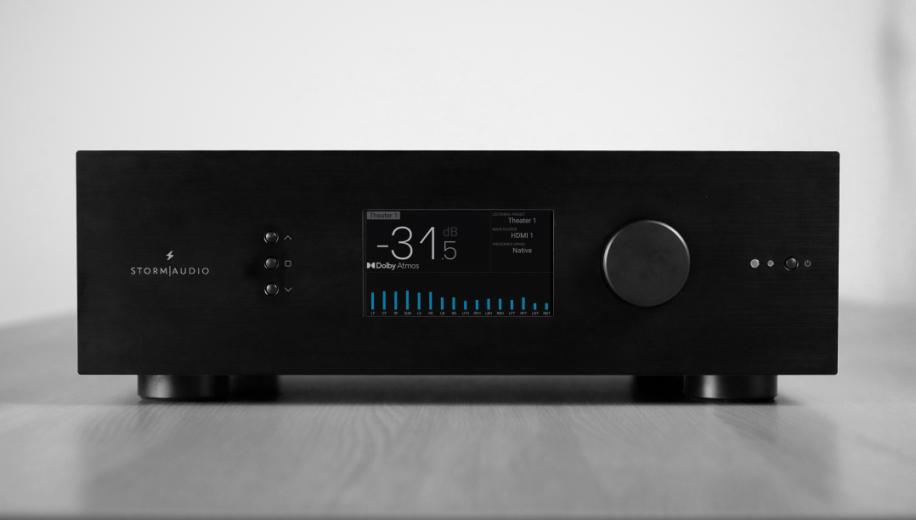 StormAudio has announced the launch of its new ISP Core 16 preamp/processor alongside an AoIP AES67 module, plus a redesigned smartphone app.

As teased at the end of April, StormAudio has now officially unveiled two new hardware products and a completely overhauled cross platform smartphone application for home cinema enthusiasts to get excited about.

First off is the ISP Core 16, the latest addition to the company’s range of processors based around StormAudio’s ISP MK2 platform. Housed in a 3U chassis, the Core 16 packs in signature functionality and performance alongside its support for up to 16 channels of audio. It has the power to decode all the latest immersive formats including Auro-3D, Dolby Atmos, DTS:X Pro, IMAX Enhanced, HDR10, HLG and Dolby Vision along with any post-processing, including using Dirac Live, to optimise any speaker, in any room, straight out of the box.

Extensive control options; including the updated iOS and Android remote control apps, an included IR remote control handset and compatibility with all major home automation providers grant easy access to all features. Moreover, troubleshooting HDMI and codec issues is made easier by the all-new advanced colour display on the front panel.

The ISP Core will start shipping Q4 2021 and for the first time will hit a price point below MSRP €10,000/$12,000 USD prior to the addition of local taxes - no UK prices have yet been confirmed. Pre-orders are being taken now throughout the StormAudio global distributor network.

As the professional AoIP (Audio over IP) standard continues to migrate from recording studios and professional video suites to satisfy demand in residential use cases, StormAudio has announced its AoIP AES67 module option as a way of expanding the functionality of devices based on its ISP MK1 and MK2 platforms.

The module is fully compatible with DCI and Dolby ecosystems, supports up to 32ch input and 32ch output and is Ravenna and Dante AES67 mode compatible. AoIP installations have full access to ISP features such as 32ch DSP processing, multi-theatre and multi-zone management plus Dirac Live and Bass Control in any room.

This module is available now, though no details of price or fitting were announced.

The completely redesigned cross-platform StormAudio Mobile app aims to make end user interaction with the ISP processors as straightforward as possible. To that end, there’s a new responsive interface, so key settings are at the user’s fingertips and are always easily accessible at any time.

Additionally, new features have been mooted for the StormAudio processors via software/firmware upgrades. The first of these is the proprietary StormXT engine which is due later ‘this month’. The new technology is an ambiance channel expander that works in conjunction with existing upmixing algorithms to extract relevant audio signals from nearby speakers and redirect them to silent, unused speakers to make full use of all speakers in the theatre, so no speakers in the audio setup are going to waste.

Further information regarding the StormXT engine and more new releases is expected going forward to the end of the year and into 2022.