Just in case you didn't already own the Blu-rays 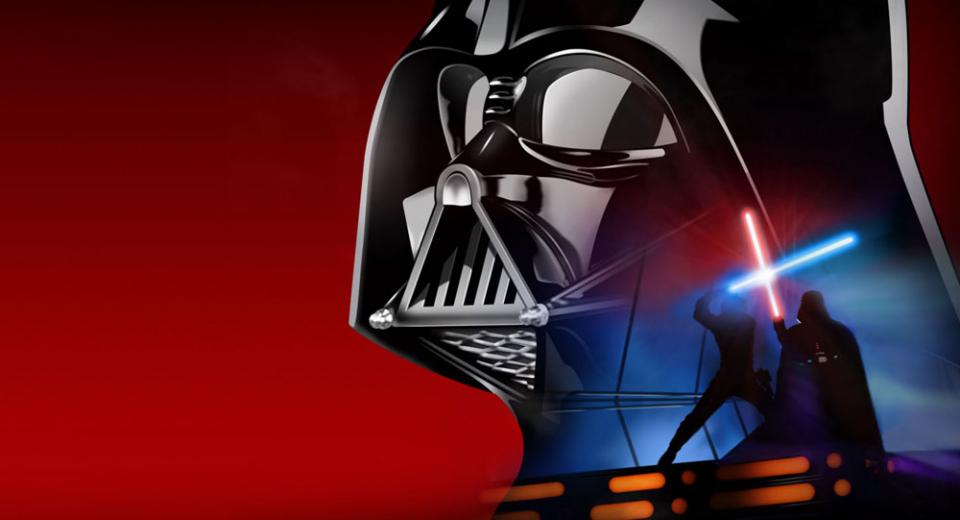 Star Wars: The Complete Saga Blu-ray (1999)
SRP: £86.79
Just prior to the first showing of the new Star Wars: The Force Awakens trailer at the Star Wars Celebration convention, Disney/Lucasfilm/Fox are releasing all six previous films on Digital HD.
As the Disney marketing machine sets into motion plans of world domination that would put the Empire to shame, the Star Wars Digital Movie Collection will be available globally beginning on the 10th of April. This is the first time that the previous six films in the Star Wars saga have been available on Digital HD.

“Since the debut of the first film nearly 40 years ago, Star Wars has become a worldwide phenomenon with legions of fans from every generation,” said Alan Bergman, President, The Walt Disney Studios. “It’s only fitting that audiences enjoy this legendary Saga and its many fascinating behind-the-scenes stories on a wide variety of platforms, and we’re very excited to finally bring all six films to Digital HD for the first time.”

“We’re thrilled that fans will be able to enjoy the Star Wars Saga on their digital devices wherever they go,” commented Lucasfilm President Kathleen Kennedy. “These films broke new ground in technology, design, sound, and visual effects, and we’ve created some very special bonus material which delves into the Saga’s rich history, including new and never-before-released conversations between legendary Star Wars artists – the masters who helped George bring his iconic universe to life.”

Aside from the ability to watch your favourite Star Wars films from any device, these versions will include new special features along with previous released features. Although the digital bonus offerings may vary depending on the retailer.

Star Wars Episode II: Attack of the Clones - Conversations: Sound In Space, Discoveries From Inside: Costumes Revealed, Legacy Content (From Puppets To Pixels, State Of The Art, Films Are Not Released They Escape, Visual Effects Breakdown Montage and 6 Deleted Scenes)

Of course we have no interest in watching Star Wars on a smartphone but what we do want to know is whether Disney, Lucasfilm and 20th Century Fox plan to give the films as a decent Blu-ray re-release after the disappointing boxset that came out in 2011. We know there have been 4K restorations done of the original trilogy, although what versions remain a mystery, and the new content created for these Digital HD releases means there is hope we might get another disc release prior to Star Wars: The Force Awakens and possibly even a theatrical re-release of the original trilogy. Disney/Lucasfilm certainly have big plans for Star Wars but let's just keep our fingers crossed that those plans include the unaltered versions of the original Star Wars trilogy.

The Star Wars Digital Movie Collection is available on the 10th of April from Amazon for £69.