If you’d rather have a TV than a house, this one’s for you. 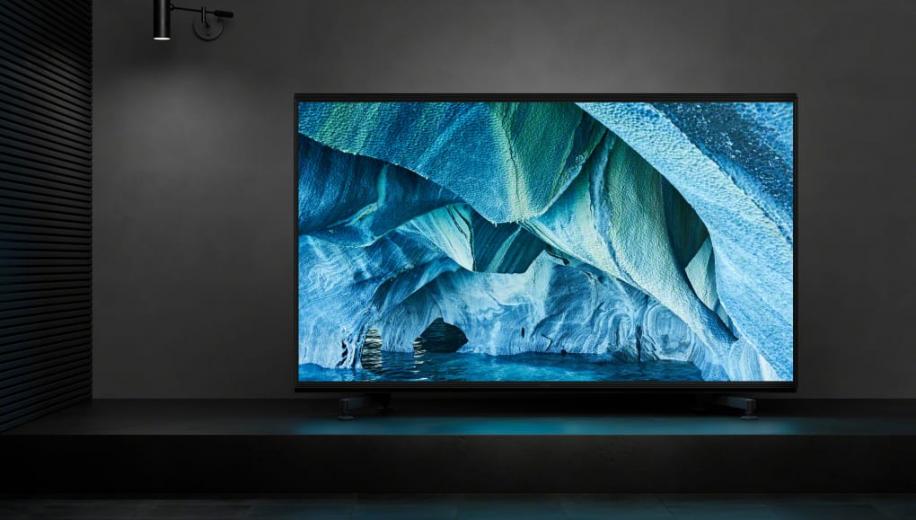 Right at the very top of the aspirational, flagship TV tree are the latest 8K models being released by the likes of Samsung and LG. Sony now join them by announcing pricing and availability of their 98- and 85-inch MASTER ZG9 8K HDR Full Array LED televisions.
At £14K for the KD-85ZG9 and £85K for the larger KD-98ZG9 Sony has included a full range of the very best technologies it has to offer, covering image and audio quality plus the interface and content experience.

With Sony’s background and recognised expertise in professional camera and monitor design and production, the company can ensure that their premium MASTERS TVs, which includes both ZG9 models, can reproduce the image colour, contrast and clarity that the content creator intended.

This is achieved using Sony’s latest Picture Processor X1 Ultimate CPU which has a specially created algorithm for handling the 33 million pixels that make up an 8K image. Sony claims this higher resolution (four times the pixel count of 4K) results in a more immersive experience with virtually no pixel differentiation in close up examination. Using 8K X-Reality Pro, the processor can up-scale images from a non 8K source so that they approach the quality of 8K. This is done by comparing the up-scaled image with those contained in a new, dedicated database of 8K images to make any adjustments necessary to get the best quality possible.

The X1 Ultimate CPU also powers other 8K technologies including Backlight Master Drive which independently controls the ultra-dense LED modules in the Full Array backlit panel. This is performed in conjunction with 8K X-tended Dynamic Range PRO, which boosts brightness when necessary in specific areas of the image to achieve an image with High Dynamic Range (HDR). The ZG9 models support HDR10, HLG and Dolby Vision HDR formats.

Adapting the Acoustic Surface Audio actuators found in its AF9 OLED models, Sony uses four front-facing speakers, two at the top and two at the bottom of the panel, to create Acoustic Multi-Audio, which aims to deliver the Sound-From Picture Reality experience, whereby audio appears to come from the actual source on screen rather than the speaker position. This feature can also be used in conjunction with a separate home cinema setup in TV Centre Speaker Mode. Dolby Atmos, the immersive 3D object based sound protocol, is also supported.

The ZG9 series uses Sony Android TV to interface with content and this supports a range of apps from Google Play, including YouTube, Netflix and Prime Video. The MASTER Series TVs also feature Netflix Calibrated Mode and IMAX Enhanced (via a future firmware update) to further ensure that content is delivered as intended.

The ZG9 TVs feature a newly designed premium voice remote to enable both traditional and voice control using the included Google Assistant. As well as the remote, vocal commands can be given hands-free using the microphone built-in to the bezel of the TV. Viewers can talk to the Assistant to discover new content, play their favourite movies, shows and music or check their day’s schedule.

The MASTER Series ZG9 8K HDR Full Array LED TVs will be compatible with Apple AirPlay 2 and HomeKit. AirPlay 2 lets you stream content such as movies, music, images and podcasts from your iPhone, iPad and Mac right to your Sony TV, or indeed any other AirPlay 2 compatible device on your network.
HomeKit lets you easily and securely control smart home products using the Home app or by asking Siri on your Apple devices. TVs can be added to the Home app and included in scenes or automations with other HomeKit accessories. AirPlay 2 and HomeKit support will launch in ZG9, AG9, XG95, XG85 models in 2019.