Handy TV audio in the home 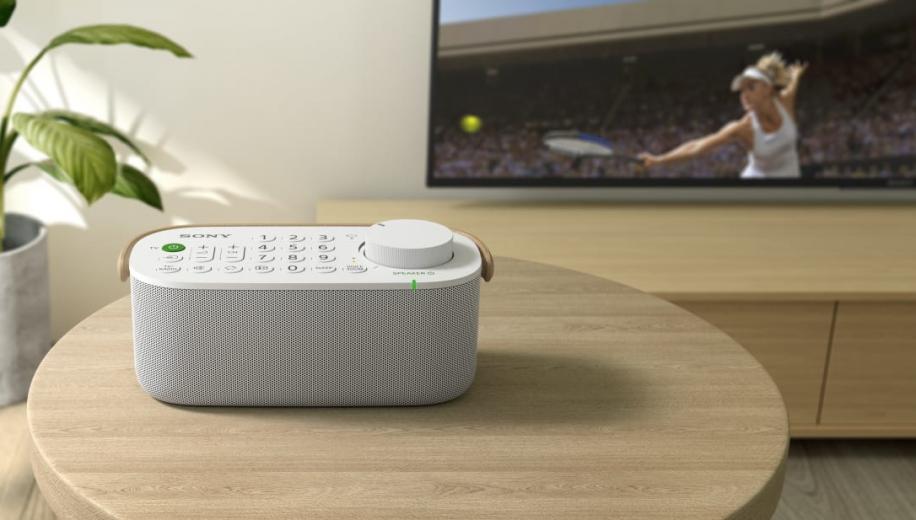 Sony has announced a new wireless speaker that delivers clearer dialogue and allows you to take your TV’s audio anywhere with you in the home.

Sony is dubbing its latest product The Wireless Handy TV Speaker and it comes with three integrated speakers and a Voice Zoom function which all help deliver clear, natural sound with an emphasis on vocal clarity. With the aim of making sure you don’t miss a moment of your TV’s audio, you can use the speaker to bring the audio closer to your listening position, for example in a room where you don’t want the TV’s volume drowning out conversation but you want to follow the commentary on an important news or sports event. The effective operating distance is around 30m.

The SRS-LSR200 has a dedicated centre voice speaker which mainly outputs frequencies associated with the human voice and suppresses the influence of its left and right speakers thus bringing dialogue to the fore. The inclusion of passive radiators makes sure the natural lower register of voices is replicated too.

In addition, the Voice Zoom function detects the important components of the human voice so you can choose between settings to either bring the voice to the front of the soundstage or to emphasise the higher frequencies. Switching between these modes is performed by a simple button press.

The SRS-LSR200 is ‘drip proof’ (the equivalent of IPX2) so if you’re following a favorite cooking show in a noisy kitchen, you can stop worrying about damaging the speaker.

The portability of the speaker is enhanced by a carrying handle and the top panel comes with easy-to-read buttons and a large volume dial, making it easy to use for less technically minded listeners. There’s also a remote control to allow easy changing of channels and inputs, and which works with major TV brands including Sony, Hitachi, LG, Loewe, Panasonic, Philips, Samsung, Sharp, Toshiba models.

The accompanying charging cradle will impart 13 hours of playback (if Voice Zoom is not used) in 3 hours, and the transmitter unit and Wireless Handy TV Speaker are connected by 2.4 GHz wireless transmission for a low latency connection with high resistance to interference. The transmitter has both analogue and digital audio inputs for accepting a signal from the TV and, even when connected, the sound from the TV speakers is not interrupted, leading to a more natural listening experience that includes both the TV and SRS-LSR200 speakers.

Available from July in the UK, Germany, Austria and Switzerland, and from September in the rest of Sony’s European markets, the SRS-LSR200 will cost £159 (€189).

Do you have difficulty picking up on TV dialogue sometimes? Or can the background noise in your TV room make hearing the TV itself quite tricky? If so, do you think Sony’s Wireless Handy TV Speaker might be a useful solution?