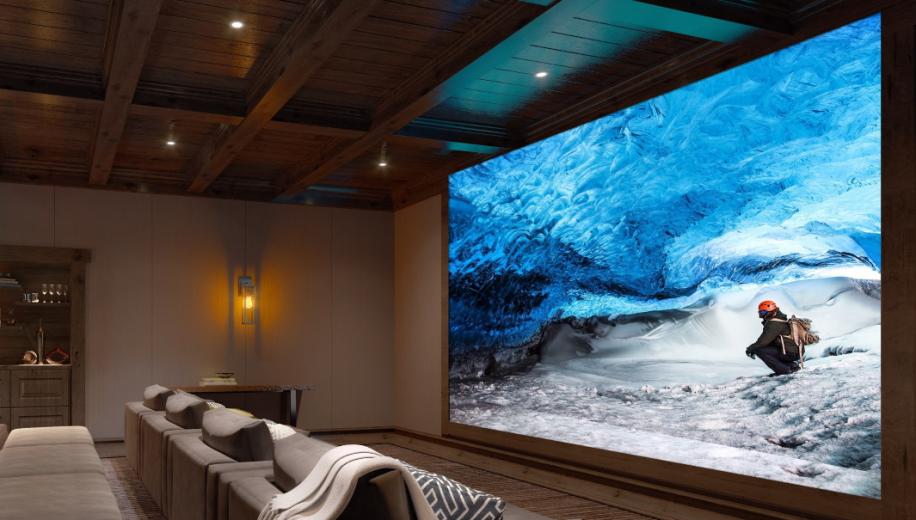 Already available for cinema exhibitors and custom commercial installations, Sony’s Crystal LED screen is currently on show at this year’s CEDIA Expo in Denver and it’s nice of them to do this because, realistically, tech shows, conventions and exhibitions are the only places that the average AV fan or consumer is going to get to see this display doyen.
However, Sony feels the time is right to get this cutting edge display technology out to the consumer and has now announced that their Crystal LED display system is available for home installation.

Of course, this does not mean availability at the usual retail or online outlets. No, since the technology mirrors Samsung’s modular Micro LED technology, it means that it too will require careful planning, consultation and installation, here through a select group of specially trained and certified Sony dealers. The installation process not only includes Sony's technical support team but also additional design support resources (just in case you need to knock some walls down?) and post-installation remote monitoring.

The Crystal LED display system uses ultra-fine micro LEDs measuring 0.003 mm² – half the width of a human hair – which are 100 times smaller than traditional LEDs. This offers a contrast ratio of over a million-to-one, HDR with brightness of 1000 nits and a 99 percent black surface area for delivering high contrast and high resolution. It also provides high frame rates up to 120p and almost 180° viewing angle.

Since the display is made up of modular panels, any screen size and shape can be created but the touchstone resolutions that most AV fans are used to consist of the following.

And with prices running at around $10,000 per module, it’s clear to see that the homes being included in the description of ‘home installation’ belong to a pretty select minority.

"Scaling this technology to residential installation marks a milestone in Sony's efforts to get closer to consumers," said Mike Fasulo, president and chief operating officer, Sony Electronics North America. "Crystal LED delivers over a million-to-one contrast ratio, the most accurate light levels, low heat emission and a picture quality that is absolutely breathtaking. By offering the display in modular configurations, consumers now have an exciting new option for the transition from home projection systems and large-screen TVs."

So, if you’re not in the lucky minority, better get to Denver while you can.