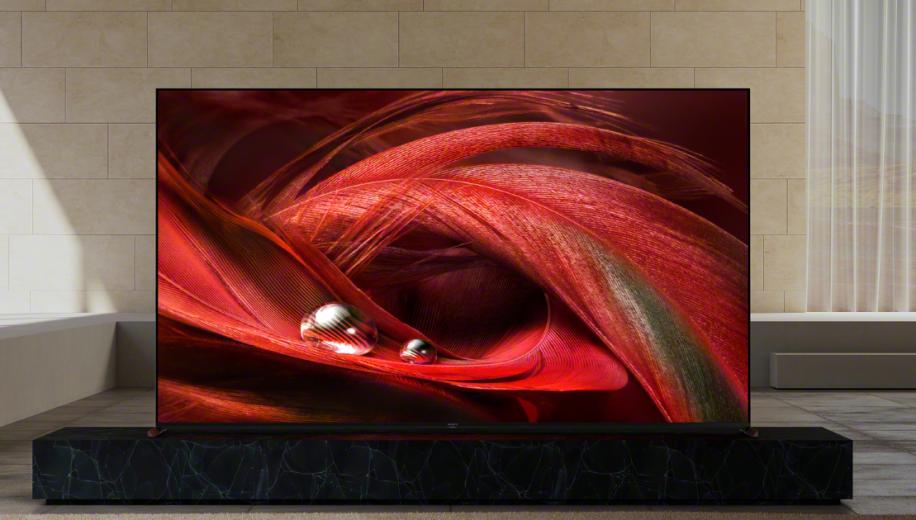 Two more of Sony’s 4K LED TVs for 2021 are now available for preorder in Europe, the flagship Bravia XR X95J and the Bravia X85J.

The brand new Cognitive Processor XR which features in the X95K LED models marks a completely new processing method, which Sony calls cognitive intelligence, that goes beyond conventional AI and is designed to replicate the ways humans see and hear.

When humans look at objects, our eyes and brain subconsciously focus on certain points to make up an overall picture. The Cognitive Processor XR divides the screen into numerous zones and detects where the ‘focal point’ is in the picture. It then cross-analyses an array of elements at once, just as our brains do and, by doing so, Sony claims that all elements are adjusted in conjunction with each other for the best final outcome, so everything in the scene is synchronised and lifelike. Sony states that conventional AI cannot achieve this alone as it detects picture elements like colour, contrast and detail individually.

Moreover, the Cognitive Processor XR can also analyse sound position in the signal so the audio matches precisely with what’s on the screen, additionally upconverting any audio to 3D surround sound, to add extra realism and therefore boost immersion.

The X95J picture also benefits from technologies such as X-Wide Angle, XR Contrast Booster, XR 4K Upscaling and the latest XR Motion Clarity while X-Anti Reflection minimises reflection for a distraction-free viewing experience on the 75- and 85-inch models.

Preloaded on all Bravia XR models is the Bravia Core service which means X95J owners can enjoy a selection of Sony Pictures Entertainment (SPE) premium and classic titles. This includes a library of IMAX Enhanced titles to take advantage of the X95J’s IMAX Enhanced certification status. The use of Pure Stream technology means it’s possible to achieve near lossless UHD BD equivalent quality with streaming of up to 80 Mbps, depending upon the available internet connection.

The X95J series TVs also feature a Netflix Calibrated Mode and are Calman Ready for advanced calibration and fine-tuning that is just not possible through conventional picture settings.

Both the X95J and X85J series are suitable for gamers as they feature HDMI 2.1 functionality including 4K 120fps, Variable Refresh Rate (VRR) and Auto Low Latency Mode (ALLM) for smooth and responsive gameplay when connected to a suitable next-generation source.

Meanwhile, across both models ranges, there’s Ambient Optimization which analyses the conditions in the viewing environment and optimises the image and audio, along with support for Dolby Vision and Dolby Atmos. And for connectivity, control and content both the X95J and X85J feature Apple Airplay and Homekit, plus support for Amazon Alexa and Google Assistant while the smart operating system comes courtesy of Google TV.

The Sony Bravia XR X95J and Bravia X85J series TVs are on sale in June and more information is available on www.sony.co.uk.