Taking an X1 leaf out of the TV book 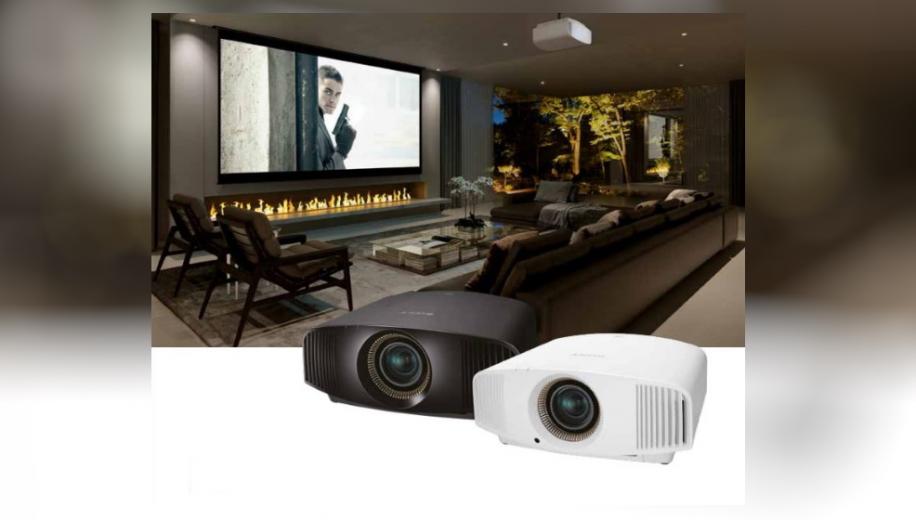 Sony has taken the wraps off two new home cinema projectors, the VPL-VW590ES and VPL-VW790ES which join the recently announced professional VPL-GTZ380.

The new lamp based VPL-VW590ES model and laser VPL-VW790ES model will replace the VPL-VW570ES and VPL-VW760ES respectively, with the VW590 delivering a brightness of 1,800 ANSI Lumens and the VW790 reaching 2,000 Lumens. Both use Sony’s algorithm based Digital Focus Optimiser to detect possible optical focal degradation and then perform appropriate optimum image quality correction so that the focus remains better than ever.

The VW790’s Z-Phosphor laser light source promises 20,000 hours of life, in contrast to the 6,000 hours suggested for the VW590 before the bulb is changed, and the iris control and laser can be adjusted independently and dynamically to optimize light output for both dark scenes and those with high contrast by using the Dual Contrast Control.

Sony’s three new native 4K (4096 x 2160 pixels), SXRD (Silicon X-tal Reflective Display) panel based projectors all implement a special projector version of the X1 image processor based on the technology found in its latest TVs. In the case of the high end GTZ380, the X1 Ultimate for Projector version is leveraged. The presence of these X1 image processors enables implementation of Sony’s Dynamic HDR Enhancer and Sony’s Reality Creation Technology for improved scene by scene contrast performance along with upscaling of non 4K content.

The Dynamic HDR Enhancer combines with the HDR10 and HLG high dynamic range support and provides a more detailed analysis of each scene to deliver the best contrast performance when viewing HDR content, making the bright scenes brighter and the dark scenes darker. In the case of the VW790, this is further expanded by linking with the laser and iris. Meanwhile, the GTZ380 uses the additional processing power of the X1 Ultimate for Projector image processor to use Object based HDR Remaster to enhance dynamic range and achieve deeper blacks.

The X1 for Projector also brings to bear Sony’s Super Resolution “Reality Creation” Technology to analyse each scene and enrich 4K content with detail and texture. This also enables content filmed in 2K or Full HD to be upscaled close to 4K with subsequent resolution of each subject then optimized to reproduce real-world textures.

The GTZ380 is aimed primarily at corporate installations such as entertainment venues, museums and planetariums but the 10,000 lumens, 16000:1 contrast ratio and 100 DCI-P3 wide colour gamut coverage will of course deliver impressive results in home cinema and living room - assuming you can handle its 51kgs.

Christopher Mullins, Home Cinema Product Manager for Sony Professional Solutions Europe, commented, “Sony has led the 4K home cinema projector market with our native 4K SXRD projectors for nearly a decade, and we’re thrilled to announce a new range of powerhouse models for our customers and CI dealers.” He added, “Offering a big screen, immersive viewing experience that delivers the creator’s true intent is a core goal when developing our new projectors, and these new models are no exception.”

Both the VPL-VW590ES and VPL-VW790ES can be ordered from today, with the VW590 available in a choice of black or white. The high end VPL-GTZ380 model will be available this winter.

Updated:
﻿Prices have been released as follows:

Have you been waiting for Sony to announce new projectors? Let us know what you think of this news in the discussion thread.