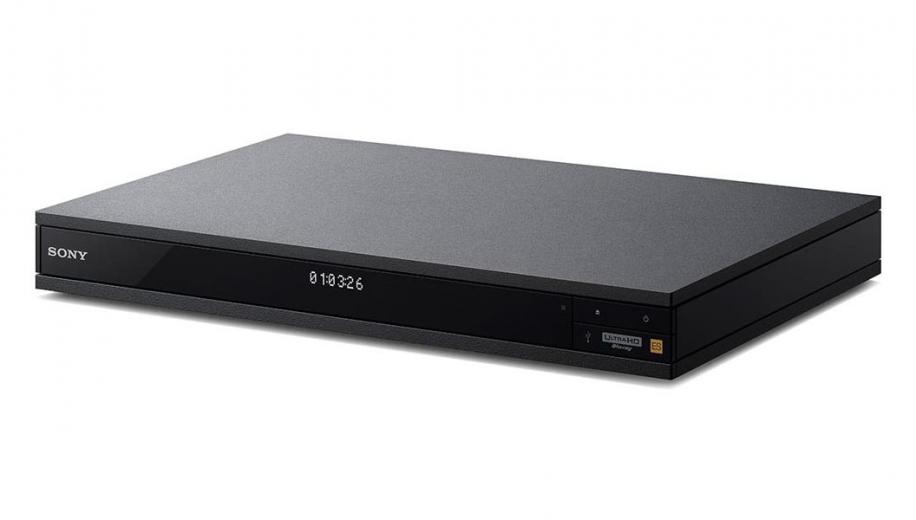 Sony UBP-X1000ES UHD Blu-ray Player (2017)
SRP: £725.00
Sony surprised industry observers last week by not including a 4K Ultra HD Blu-ray drive on their new PS4 Pro games console.
Many suspected that the company didn't want to draw sales away from their upcoming stand-alone player, a prototype of which they were showing at IFA. Well Sony have finally launched a 4K Ultra HD Blu-ray player of their own at CEDIA but they haven't announced any pricing yet and you'll have to wait until spring 2017 before you can actually buy one.

The new UBP-X1000ES not only includes a 4K Ultra HD Blu-ray drive but, thanks to Sony's Precision HD drive, it can also handle virtually every optical disc format including Blu-ray, Blu-ray 3D, DVD Video, DVD Audio, CD, SA-CD and BD-ROM media. The player also incorporates a variety of video codecs that can deliver 4K from video streaming services like Amazon Video, YouTube and others.

Naturally the X1000 also includes Wide Colour Gamut (WCG) and High Dynamic Range (HDR) capabilities, although since Sony make no mention of Dolby Vision in their press release, it's safe assume that the player only supports HDR 10. There's a dedicated picture mode for HDR content, along with video processing that upscales 1080p and, when playing 4K HDR content on a 4K SDR television, the X1000ES utilizes a unique Sony algorithm to reproduce the proper brightness and color gradations.

Is the UBP-X1000ES too little too late?
The UBP-X1000ES can also support immersive audio via Dolby Atmos, DTS:X and Auro-3D compatible receivers, plus its 32-bit processing DAC is compatible with both native DSD (at up to 11.2 MHz) and LPCM (at up to 192kHz) Hi-Res Music files, which are available in a number of different formats.

The X1000 is reminiscent of Sony's UHP-H1 Blu-ray player in terms of its design, its Frame and Beam (FB) chassis helps to increase structural rigidity and its honeycomb top plate, heat sync and offset insulator feet reduce the effects of both airborne and mechanical vibration. The X1000ES offers a number of other ES refinements, including dual HDMI outputs with separate audio and video signal paths and its HDMI, 2-channel analogue and coaxial digital outputs are all gold evaporated for better conductivity.

It has been something of an embarrassment for Sony, the company that developed Blu-ray, to not have a 4K Ultra HD Blu-ray player of their own available. So the announcement of the UBP-X1000ES at least addresses that issue, even if players from Samsung and Panasonic will have been available for a year by the time Sony's model actually hits stores in spring 2017.
To comment on what you've read here, click the Discussion tab and post a reply.
News Specs Discussion (71)