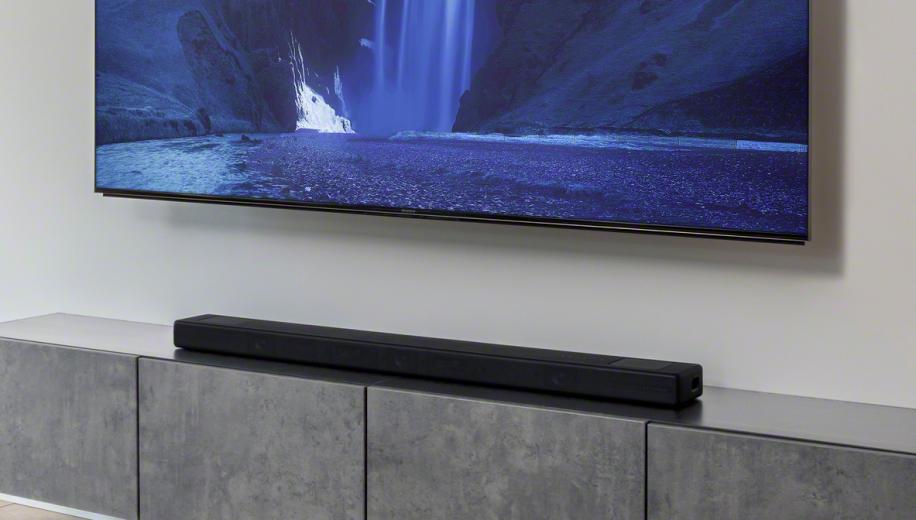 Having announced the flagship HT-A7000 soundbar back in July, Sony now sets its sights on the sub-£1000 bracket with its Dolby Atmos  / DTS:X compatible 5.1.2-channel soundbar, the HT-A5000.

The soundbar features a pair of up-firing speakers, dual subwoofers and five front speakers which all features Sony’s unique X-Balanced Speaker Unit which uses a more rectangular shape to maximise the area of the driver diaphragm, as well as increases the sound pressure for punchier bass and greater vocal clarity.

This speaker array is used in concert with Sony’s Vertical Surround Engine processing alongside support for audio formats like Dolby Atmos and DTS:X to deliver multi-dimensional sound so viewers can experience overhead sound without the need for in-ceiling speakers.

The HT-A5000 also features S-Force PRO Front Surround to make an even wider horizontal sound field while a duo of beam tweeters is used to bounce sound off the side walls expanding sound to give an immersive experience that goes beyond the size of the TV.

For viewers who want an even more immersive scale to their viewing audio, the A5000 can pair with an optional subwoofer and rear surround units. There’s a choice of subwoofers; the SA-SW5 features 300W of power and a 180mm driver with passive radiator, while the SA-SW3 is a compact bass reflex subwoofer which produces 200W via a 160mm driver. Meanwhile the SA-RS3S optional rear speakers deliver 100W of wider surround sound and can also be mounted on to walls.

Using built-in microphones and Sound Field Optimisation, the HT-A5000 can measure the height and width of the room and optimise the sound to perfectly fit your room layout. And if the optional subwoofer or rear speakers are present, these are taken into account too.

The inclusion of DSEE Extreme uses Edge-AI to upscale compressed digital files in real time, to restore the high-range sound that is often lost as a result of compression.

With support for all the latest formats such as 8K HDR, 4K 120fps and Dolby Vision, the HT-A5000 preserves the original image quality of movies and games that are passed through it.

Pairing the HT-A5000 with a compatible BRAVIA TV (including the Z9J, A90J, A80J and X95J series) yields benefits too as the TV becomes the centre speaker in the array so that action and sound are precisely aligned through Acoustic Centre Sync. The soundbar settings automatically appear on the BRAVIA Quick Setting menu too.

Music lovers can get in on the action with support for High-Resolution Audio and Sony’s own 360 Reality Audio 3D music format via Amazon Music HD, Deezer, nugs.net and TIDAL.

The HT-A5000 works with Spotify Connect, Chromecast built-in, Apple Airplay 2, Bluetooth and Wi-Fi meaning you can stream your favourite music with just a tap on your phone/device.

There’s also connection options in the form of HDMI eARC, digital optical-in and USB ports. The HT-A5000 works with Google Assistant and Amazon Alexa voice assistants for hands free control of many functions.