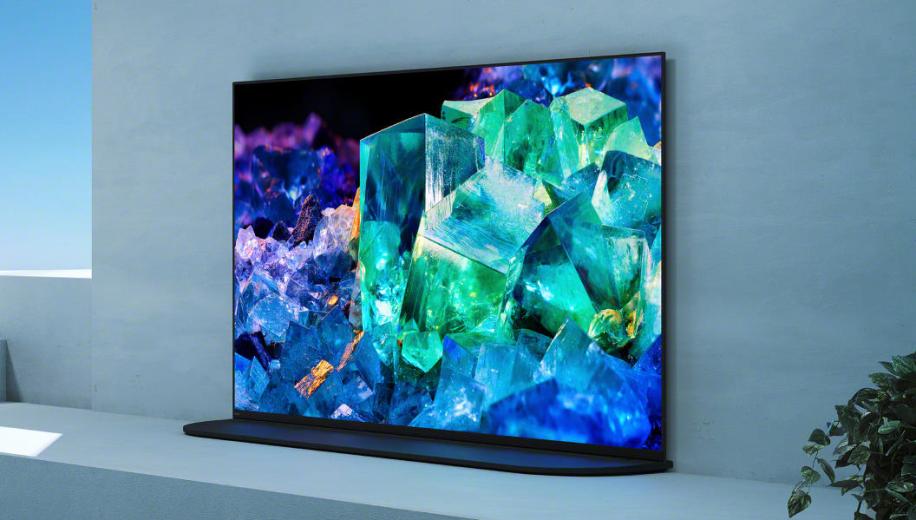 Sony’s flagship A95K QD OLED TVs will start at £2,699 as the Japanese TV manufacturer goes toe to toe with Samsung in the battle to get ahead with the latest OLED TV display technology.

The QD OLED price gloves are off as Sony has just confirmed exactly what it will be asking UK customers to cough up for its new MASTERS Series A95K Quantum Dot OLED TVs, expected any time now.

You can see our Sony A95K first look video below:

Sony’s main rival in the QD-OLED TV stakes is Samsung whose S95B series sees the world number one TV manufacturer finally get onboard with OLED and what’s more, with slightly more favourable pricing. Samsung’s 65-inch QE65S95B comes in at £100 cheaper than the Sony equivalent at £3,399 while there’s a fairly surprising £300 undercut from Samsung at the 55-inch level with the QE55S95B costing £2,399.

The reasons for the price differentials are unclear and there could be a number of factors in play. As QD OLED is a new display technology entering the market, pitching the price given the years of expensive R&D and production investment is probably more black art than science and Samsung Display, which developed the QD-OLED technology at a cost of over $10 billion is probably not expecting to make its money back anytime soon. The deals with the various TV manufacturers who are moving forward with the technology (and so far, that’s only Samsung Electronics and Sony, though others are rumoured) are likely to be complex and individually tailored. Perhaps Samsung Display has given its sister company a more favourable deal allowing it to hit the market with lower prices than Sony.

Another factor might be the additional costs incurred by Samsung and Sony as they manufacture and market these new TVs. AVForums has seen both TVs in action - indeed we’ve purchased the Samsung S95B - and although it’s difficult to pinpoint any difference in processing and image quality at this stage without a side by side comparison, the less than premium build quality of the Samsung as discussed on the latest podcast may account for the lower RRP.

Either way, though initially impressive, the new TVs are still relatively expensive and are already creating quite a stir amongst commentators and TV fans alike.

We’ll be reviewing the Sony A95K as soon as we get one in for test and our Samsung S95B review will be coming soon so keep an eye out for that on AVForums.com and on our YouTube Channel.

Meanwhile, a number of prices for a selection of Sony’s 2022 OLED and LED TV lineup were also confirmed in the company’s latest announcement and these have been added to our Sony TV 2022 lineup - All You Need to Know article.

Let us know in the comments what you thoughts on Sony's A95K pricing are. Too pricey for an OLED TV given the current economic circumstances? Or expected and justifiable given it's the first iteration of a new technology? And if you're planning on getting one, come back and let us know what you think.