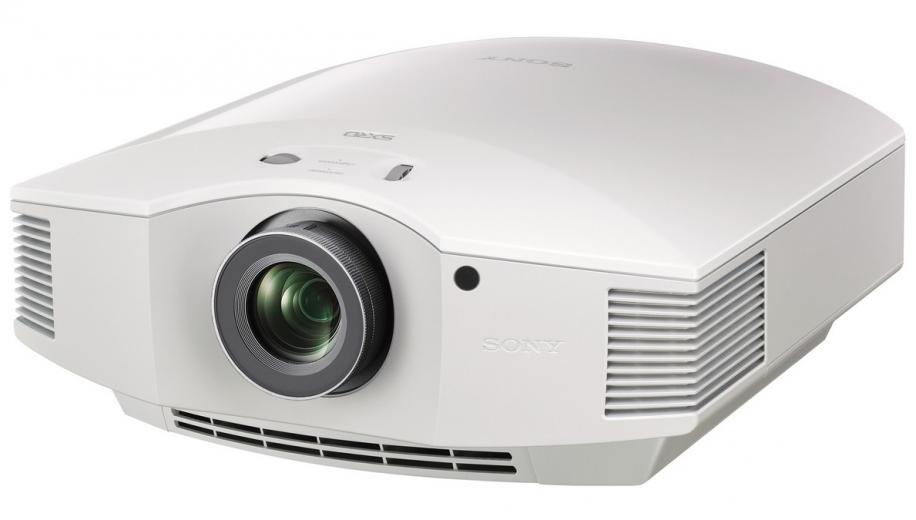 Following on from the success of the VPL-HW65ES, the new compact VPL-HW45ES projector incorporates Sony’s Reality Creation technology and SXRD panel. These technologies aim to offer users a clearer and more detailed picture, with better brightness, contrast and resolution as well as less background picture noise than the VPL-HW45ES’s predecessor, the VPL-HW40ES.

It’s aimed at first time projector buyers and features a front-facing exhaust port for extra installation flexibility. The projector's UHP lamp has a claimed operation time of up to 6,000 hours, for fewer interruptions and reduced maintenance costs.

The VPL-HW45ES has the same design chassis as the VPL-HW40ES, but, according to Sony, the internal technology has been completely upgraded. This new projector has a 1080p resolution panel with 1,800 ANSI lumens brightness, along with Motionflow and it also supports 3D.

The HW40ES is available in black or, following popular demand from customers, white and has a built in RF 3D transmitter and a USB update function to keep the device’s firmware up-to-date with the latest software releases.

“Following the success of the VPL-HW65ES and the exceptional feedback we received from our customers, we’ve included its technological prowess and ground breaking features into the new VPL-HW45ES, making a great cinematic experience better and more cost effective than ever,” said Thomas Issa, Product manager for Home Cinema projectors at Sony Europe.