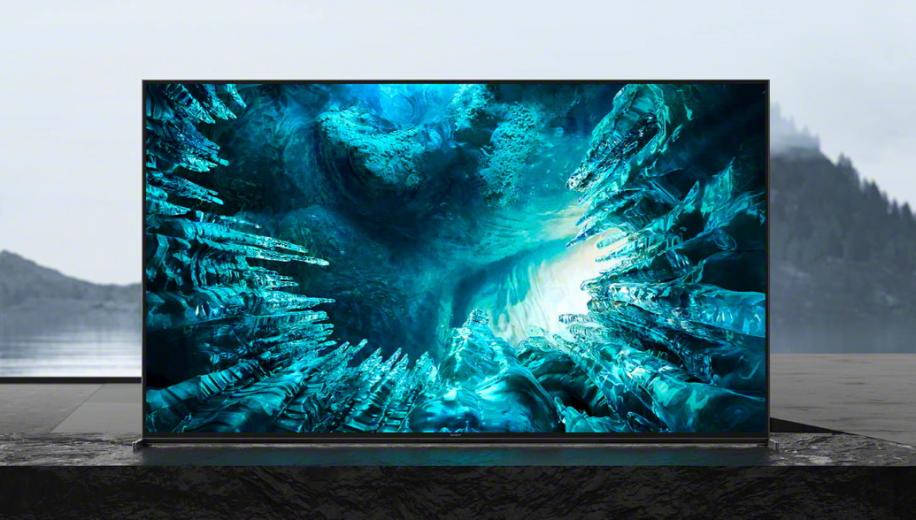 Some UK retailers recently jumped the gun and listed prices for Sony’s upcoming 2020 8K LED TV, the ZH8. Does this mean the UK launch is imminent and what do the prices tell us?

Sony has now officially confirmed the price and imminent arrival of its ZH8 8K TVs in a press release today.

Available in two screen versions, the ZH8 8K HDR Full Array LED TVs are expected to go on sale in Europe in early June with the 75-inch model costing £5,999 and the larger 85-inch variant £8.999, as per the previously reported information.

The ZH8 incorporates Sony’s premium Full-Array Local Dimming and Boosting technology which allows control of independent zones of LEDs and balances the light output across the screen so that darker scenes get darker and brighter scenes get brighter. Contrast is further enhanced by 8K X-tended Dynamic Range PRO.

Film fans can be sure the ZH8 delivers the content producer’s intent via Netflix Calibrated Mode which was developed in collaboration with Netflix engineers to reproduce the same picture quality on the TV as on the professional studio monitors on which the content was mastered. With Dolby Vision and Dolby Atmos support, a fully cinematic experience awaits film fans. In addition, the ZH8 features IMAX Enhanced certification so is ready to take advantage of IMAX mastered content.

With Ambient Optimisation, the image and sound quality are optimised to the viewing environment such that the ambient lighting conditions are monitored and the picture brightness is boosted in bright rooms and reduced in dark rooms for the perfect view. Soundwise, the furniture and acoustic absorbing/reflecting elements in the room are taken into account and the acoustic output fine-tuned in response.

Talking of sound, the ZH8 TVs are equipped with Sony’s Acoustic Multi-Audio which includes a vibrating Frame Tweeter which uses independent amps and Sound From Picture technology to follow the onscreen action to give the impression the sound is actually originating from a specific part of the screen. When added to the slimline one slate design and thin bezel, the effect is distraction free immersion.

Gamers will be happy to hear that the ZH8 TVs will support 8K 60fps and 4K 120fps high frame rate and a fast response time via HDMI inputs making the new models ideal for the next generation gaming experience promised by the upcoming consoles.

There’s also compatibility with Google Assistant and Amazon Alexa enabled devices so users can cast and control videos from YouTube using Google Home or change channel and control the volume from Alexa devices.

The inclusion of Apple Airplay 2 allows movies, music, images, games and podcasts to be streamed to the TV from iPhones, iPads and Mac devices while HomeKit technology provides easy secure control options over the TV from those same devices.

The price of the ZH8 range is detailed below and models will be available in Europe from early June.

The original story continues below.

Reported by the eagle eyed folks over at WhatHiFi on Monday, the overly enthusiastic UK retailers quickly removed the pricing information about Sony’s upcoming ZH8 8K TVs but not before the details were noted.

WhatHiFi noted that the pricing seemed consistent across the retailer listings that they were able to get hold of and also largely matched the Sony US pricing for the models which has been officially available for a few weeks now with the 75-inch Z8H costing $7,000 and the 85-inch variant reaching $10,000.

Sony’s anticipated pricings for its 8K models, while unconfirmed and subject to change, does seem to reflect a move within the industry to bring 8K models in line with the sorts of price points that stimulate the market, for example £4,999 and £1,999. So while the KD-75ZH8 at £5,999 is still hovering above that higher price break, prices could drop after release.

The other piece of interesting pricing gleaned by WhatHiFi is the proposed launch price tag of Sony’s 48-inch OLED TV, which was unveiled at the same time as LG’s much anticipated 48-inch CX OLED model back in January at CES. Sony’s KD-48A9BU was listed at £1,699 which compares a touch unfavourably with LG’s confirmed £1,499 for its OLED48CX.

As with the 8K pricings, it should be remembered that until official word comes from Sony, this is still in the realms of speculation.

While availability and pricing of Sony’s ZH8 8K LEDs and 48-inch OLED still have an air of ‘TBC’, the Japanese TV giant did however officially release the prices of its mid level 4K XH90 range recently and details on those can be found here.

What do you think of these leaked prices? Do they help nudge you towards a Sony 8K TV purchase? Let us know what you think on the discussion thread.