Return of the ‘Red Violin’ 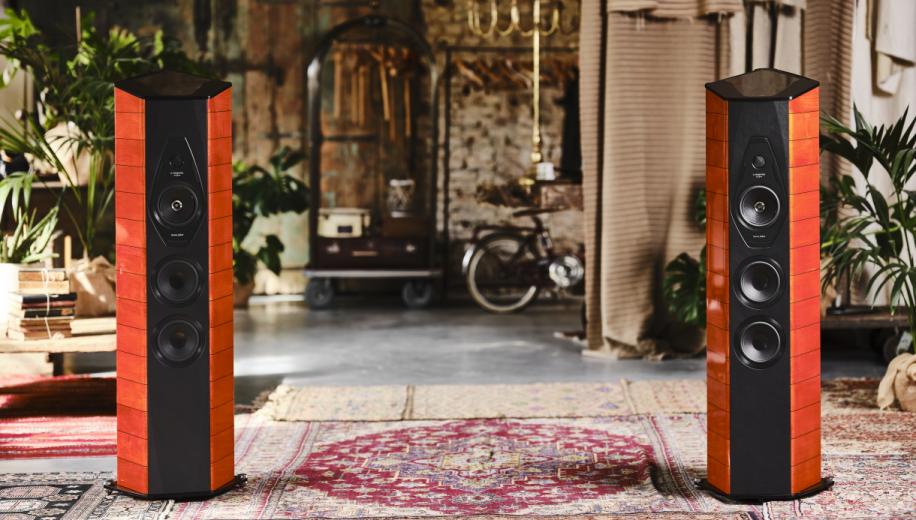 Named after a traditional Italian violin, Sonus faber's original version of the Il Cremonese was introduced in 2015, joined the Reference collection and became the company’s foundation for the development of several technologies pursuing the aspiration of versatility and absolute neutrality.

The Il Cremonese ex3me benefits from an advanced Beryllium DLC (Diamond Like Carbon) tweeter. Beryllium has unique characteristics in terms of transparency and micro dynamics and the DLC layer adds extra rigidity making it capable of extremely fast and accurate sound, free of colouration and with improved detail.

The 180mm midrange units are taken from the original version of the speaker and the classic Sonus faber recipe of air-dried, non-pressed blend of cellulose pulp, Kapok, Kenaf and other natural materials retains the iconic ‘Voice of Sonus faber’ presentation of natural sound with increased transparency and greater detail.

The two 180mm bass drivers are placed in an independent acoustic chamber and fitted with downward-firing ‘Stealth Reflex’ ducts. The drive unit cones feature a sandwich membrane made from two sheets of cellulose pulp with a layer of rigid syntactic foam in between them and are mounted on die-cast aluminium baskets for structural rigidity.

A bespoke version of the ex3ma’s midrange driver forms the basis of two side-firing ‘infra-woofers’ within the Il Cremonese ex3ma. These feature tri-laminated  diaphragms made from nanocarbon fibre with a Nomex honeycomb core which manage the driver’s excursion and resistance to flexing, even at extreme amplitudes.

The overall aesthetic design of Il Cremonese ex3me remains faithful to the original model except for the addition of the protection grille surrounding the Beryllium D.L.C. dome. The ‘Romboidal Diamond Design’ with its five-sided cabinet approach ensures that the acoustic characteristics are not compromised by standing waves or internal reflections.

The cabinet is strengthened by two ‘Dampshelves’ which are machined from a solid aluminium billet and form the top and bottom of the cabinet. This helps increase rigidity and lower resonance to attenuate any contaminating noise. Moreover, the presence of metal and elastomer isolation components inside a multi-part coaxial spike assembly - so called Silent Spikes - helps decouple the entire loudspeaker from the floor which further contributes to improved transparency and dynamics.

The Il Cremonese ex3me loudspeakers are handmade in the Vicenza factory and are available globally now. They will come to the UK in October via Fine Sounds UK and will be priced at £48,500.

Despite the Il Cremonese ex3ma being out of reach of most audio enthusiasts, drop us a line anyway in the comment section to let us know what you think of this news.