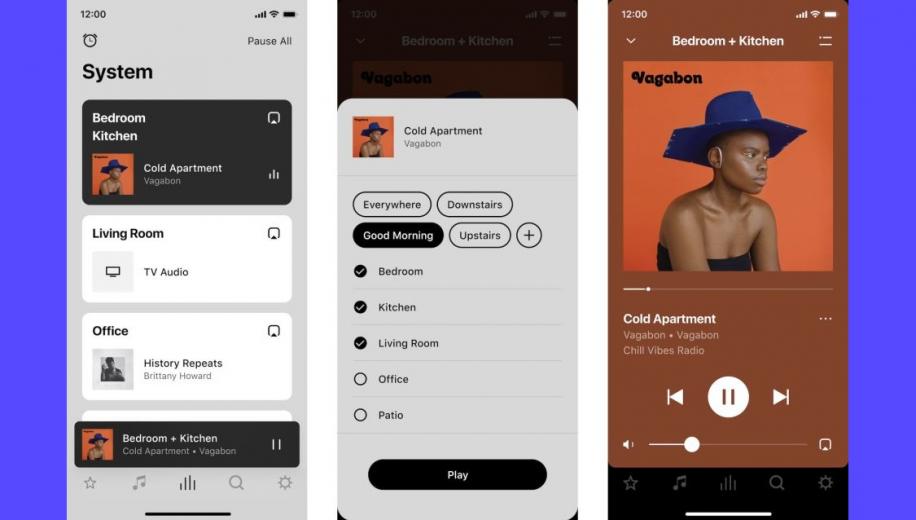 Sonos’s unveiling of an updated operating system and new app due in June starts to shed some light on the clumsily handled changes announced by the company over the last couple of months.

Sonos, one of the earliest progenitors of the wireless multi-room speaker setup, has announced a new operating system, called Sonos S2, which can be installed on many of the company's current products via an update due in June and which will feature in new products as standard from May. The new S2 platform heralds a new controller app too.

According to a company statement, most Sonos fans can look forward to the introduction of  “higher resolution audio technologies for music and home theatre.” This looks to be the point at which audio resolutions higher than the current CD-quality limit will be introduced along with possible support for Dolby Atmos for home cinema setups and maybe even 3D music support for the likes of Dolby Atmos Music and Sony’s Reality 360 Audio technology.

The reason why this is something that only ‘most’ Sonos users can look forward to is because this is the point at which several of the company’s older products will have to leave the ’update train’ - something the company has spent the last few months preparing owners for. These products will continue with fixes and security updates but no new features will be introduced. Sonos explained that they will “work with our partners to keep your music and voice services working for as long as we can.”

Meanwhile updated and future products using the new Sonos S2 operating system will see expanded functionality, none of which was explained in detail but among the hints was the introduction of improved ‘room groups’ that could be used to batch together various Sonos devices into a home theatre surround setup, for example.

Supporting both old and new devices will lead to Sonos referring to the non compatible products as S1 devices which can only be used with the current (soon to be old) Sonos control app, which will be referred to as the S1 controller app. The new S2 operating system based products will use the new app which will simply be called the Sonos app but which is essentially the S2 controller.

What this means is that if you are running an S2 only setup, then, once you’ve updated to the new OS and Sonos control app, you’ll have access to the new capabilities.

If your setup features purely older S1 devices, then it will continue to work for an unspecified period with fixes and patches but in the fullness of time 3rd party service support may fall by the wayside.

However, for users with a system containing a mix of S1 and S2 speakers, certain changes will need to be made and the company suggests the following options.

1/ Remove or upgrade your S1 products using the 30 percent discount offered by the Trade Up programme to create an S2 only system.

2/ Run the S1 / S2 setup using only the S1 app. This will effectively reduce the S2 devices to the level of S1 and limit updates to fixes/patches only with no new functionality being added to S2 products.

3/ Split your system into separate S1 and S2 setups, each controlled by its relevant app. This way at least the S1 system could be used as a secondary music system in a kid’s bedroom or outbuilding.

So for Sonos users, it’s a mix of good news with the dawn of new features and Hi-Res support but for some, the S1 clock is slowly ticking down.

If you’re a Sonos user, please let us know what you think about this latest news in the discussion thread.