Dolby Atmos Music support in the pipeline too 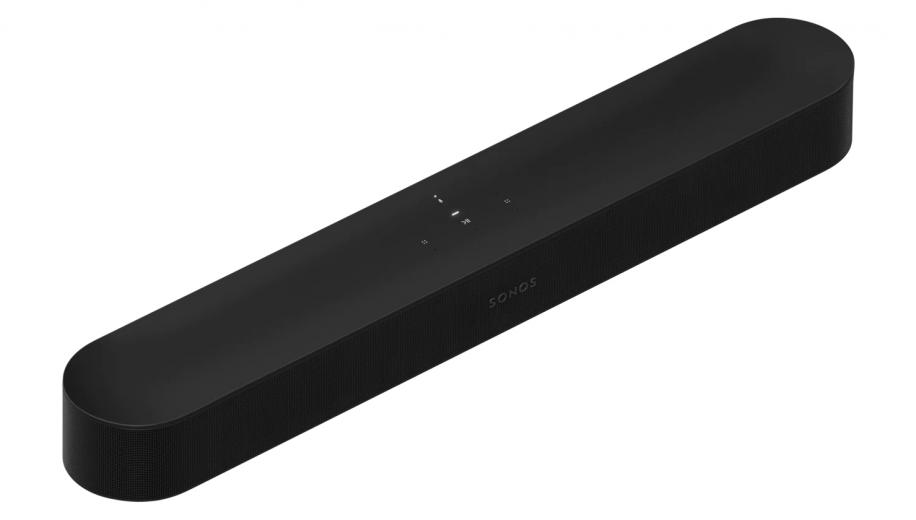 Sonos has announced a new Gen 2 version of its compact Beam soundbar which adds support for Dolby Atmos, HDMI eARC and enhanced processing along with a sleeker design and the promise of DTS surround sound, Amazon Music’s Ultra High Definition audio and Dolby Atmos Music to come.

The Sonos Beam 2 aims to take some of the features found in last year’s beefier Sonos Arc soundbar and deliver them in the same (6.9 x 65 x 10cm) footprint as 2018’s original Beam.

With the addition of Dolby Atmos support and a lossless eARC HDMI connection, the Beam 2 can take its place as a central component of a surround-sound speaker setup for 3D immersive audio to accompany movie and TV viewing. And even though the newly developed phased speaker array is forward facing, the Bream 2 uses psychoacoustic processing to deliver the sonic height experience of Dolby Atmos.

The sleeker design features an updated polycarbonate grille, similar to the Arc, that’s precisely perforated to allow the speaker acoustics to shine through, and is also easier to clean. Within the compact housing are five Class D digital amplifiers that power a central tweeter and four elliptical mid woofers. Three passive radiators enhance low frequencies for a balanced sound.

Also planned is support across many of Sonos’s products for Amazon Music Ultra HD audio which will allow lossless audio up to 24-bit / 48kHz. Moreover, Beam Gen 2 and the Arc will additionally get support to playback Dolby Atmos Music. Available at no extra cost to Amazon Music Unlimited customers, Ultra HD will be available to listen on all S2 devices, except Play:1, Play:3, Playbase and Playbar.

While the Beam Gen 2 has been tuned by industry professionals, Trueplay detects a series of test tones which reflect off your walls and furniture and uses them to adapt the speaker’s performance for your specific room layout.

Set up is fast and easy with just two cables and newly added NFC capabilities, and control is possible via the Sonos App, your existing TV remote and multiple voice assistants. Meanwhile, Apple AirPlay 2 plus access to over 100 streaming services available in the Sonos app mean there’s plenty of musical and podcast content to stream.

Since the Beam 2 matches the dimensions of its predecessor, the same wall mount can be used for the newer model.

Coming in both black and white finishes, the Sonos Beam Gen 2 will be available globally starting October 5 for £449 ($449 US) with pre-orders open now on Sonos.com.

The original Beam, which cost £399 at launch will be discontinued but owners can expect full continued support plus software updates, according to Sonos.