A Ray for Hollywood... 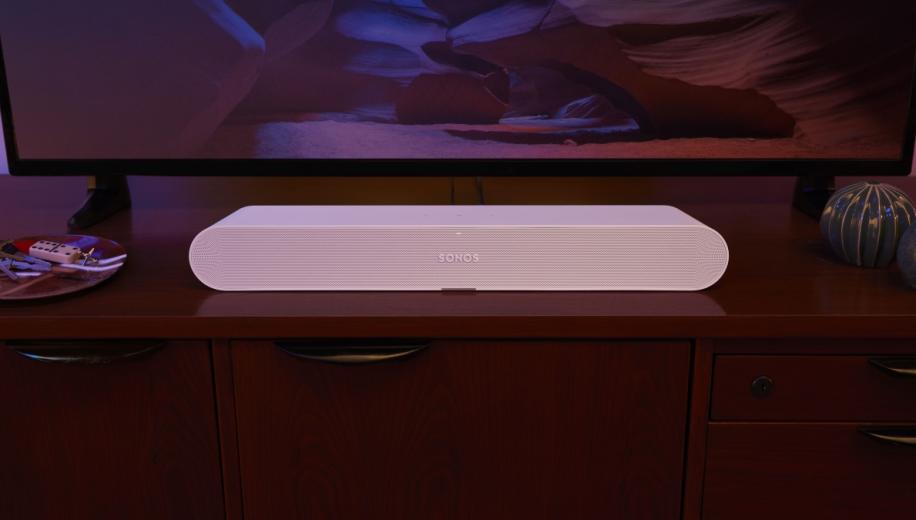 Sonos has announced it will be launching a new smaller soundbar, with the slimmed down Ray due to arrive in early June.

It might be unflattering to the Sonos Ray to call it a smaller and cheaper alternative to the likes of the company’s Beam (Gen 2) or Arc models, so let’s consider it ‘compact’ and ‘affordable’ – but it still manages to pack in a good deal of the company’s tech. In terms of size, the Ray measures just 559mm across (so about half the width of a 50-inch TV), while the sub-£300 price tag is likely to appeal to those who don’t need the expense of a high-end surround soundbar for maybe a second screen or their gaming needs.

It might not have Dolby Atmos and its ilk as headline features, but it does come with custom acoustics that “harmonise high and mid-range frequencies, while proprietary anti-distortion technology produces perfectly weighted bass” It comes with four Class-D digital amplifiers, combining two tweeters and two high-efficiency mid-woofers, while Sonos has also designed an all-new bass reflex system for the Ray to deepen those lows.

The Sonos Ray has custom-designed split waveguides help to project the audio throughout the room, with advanced processing to position the varying sound elements and put in you right in the centre of it. Dialogue is cleaned up courtesy of the company’s Speech Enhancement tech, with Night Sound automatically dampening any sudden loud noises so you don’t wake your neighbours with a surprise explosion.

As with its siblings, the Ray made good use of the Sonos Soundboard when it came to its tuning, with TruePlay also used to tweak the performance further, regardless of how you might be using the Ray as part of your setup. It’s also compatible with your streaming service of choice, plus the likes of Apple AirPlay 2, Spotify Connect, and, of course, the Sonos app, while you can control it using your existing TV remote, if not the touch controls on the top.

Speaking on the announcement, Patrick Spence, Sonos CEO, said: “Homes have become movie theatres, fitness studios, gaming hubs and so much more, all supported by a streaming era that is no longer exclusive to just TV, music and film. Ray makes it easier than ever to enhance those listening experiences, thanks to its smaller size and impressive sound.”

The Sonos Ray will be available from 07 June, priced at £279 with a black or white finish. It’s also available as part of a larger audio package, such as the Surround Set coming with a pair of One SL speakers for £637. As part of the announcement, the company also unveiled three new colours for its Sonos Roam Bluetooth speaker, with Olive, Wave and Sunset added to your options – those are all available now, priced at £179. You can find out more on all of these on the Sonos website.