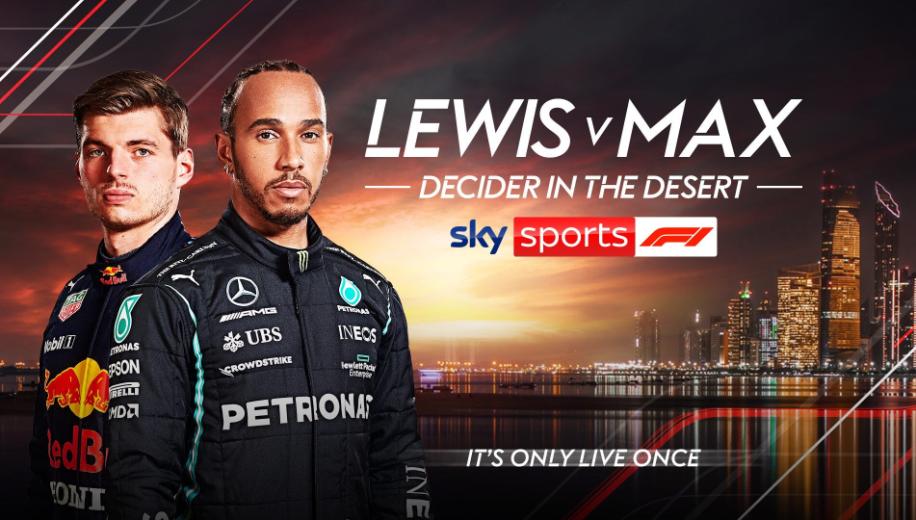 Sunday’s season ending Formula 1 race in Abu Dhabi, which holds historic possibilities for Lewis Hamilton, will be a shared broadcast with the UK’s Channel 4, Sky has announced.

Sky has announced an additional layer to its partnership with Channel 4 to enable as many viewers around the UK and Ireland as possible to experience the end of season Formula 1 battle between Sir Lewis Hamilton and rival driver Max Verstappen.

Sky, who would ordinarily show live races prior to the highlights being broadcast a few hours later on Channel 4 has agreed to share the final race coverage with the terrestrial PBS broadcaster such that the whole country can get a well needed pre-Christmas boost from cheering on the two drivers in one of the closest ever finishes to an F1 season.

Currently locked on equal points, victory at the Yas Marina track for Hamilton would see him move past his record equalling seventh F1 championship into unprecedented territory with an eighth title, sealing his place as one of the best Formula 1 drivers in history. Meanwhile devil-may-care, 24-year-old Red Bull driver Verstappen is looking to interrupt Lewis’ run and take his debut world championship, firmly announcing his intention to start a new era of winners.

The whole showdown has been dubbed Lewis v Max: Decider in the Desert and caps off record viewing for Sky from the opening GP in Bahrain, to the penultimate race in Saudi Arabia which was watched by a peak audience of 2.7m viewers.

Stephen van Rooyen, EVP & CEO UK & Europe Sky said: “Sunday’s Grand Prix is one of the biggest sporting events in the last decade, and could be an historic moment for British sport. We’ve chosen to gift the race to the whole country at Christmas through our partnership with Channel 4, so everyone can be part of a huge national moment as Lewis Hamilton goes for a historic eighth World Championship title.”

“The brilliant Sky Sports Formula 1 team will give viewers on Channel 4 and Sky Sports the best insight, commentary and analysis of every twist and turn of this most eagerly anticipated final race of the season.”

As usual, Sky Sports F1 will present the race build up with analysis and interviews, including practice and qualifying sessions on Saturday as both drivers aim to gain a crucial advantage before the chequered flag. Sky TV customers can then experience the race itself Sunday, with the broadcast shared across Sky Sports and Sky Showcase. Additionally, the action will also be available to NOW members with either a NOW Entertainment or NOW Sports membership.

Sky Sports F1’s race day coverage will start on Sunday from 11.30am in UHD with the ‘Sports Recap’ function available throughout the race, which is due to start at 1pm. The live race will then see Sky Sports’ coverage aired across Sky channels and Channel 4 with the Sky commentary team and expert analysis.