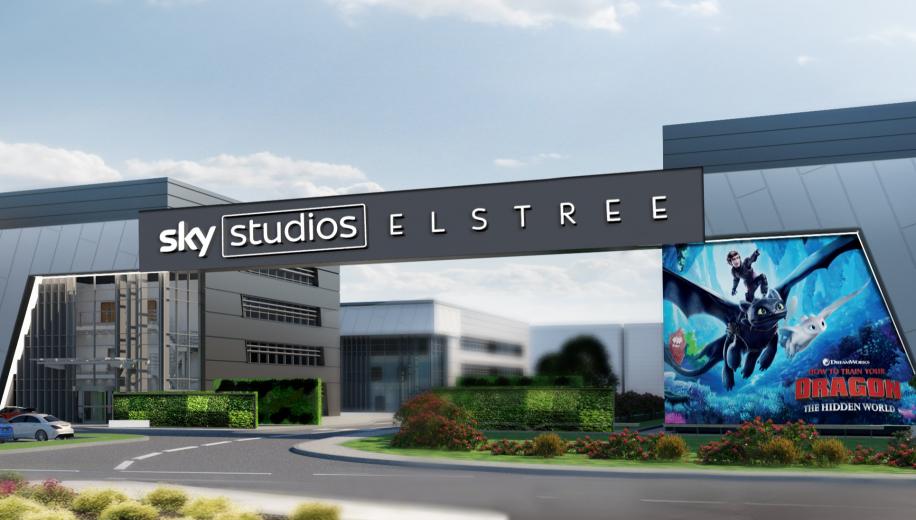 The famous Elstree Studio site is to be redeveloped by Sky to create a major production hub for the European creative industry, creating 2000 jobs and £3 billion investment over 5 years.

Having already established Sky Studios to support its original programming, Sky has now announced its commitment to invest in the construction of a new 32-acre, state-of-the-art TV and film studio at Elstree in Borehamwood, just north of London.

The project represents a significant new investment in the UK and European creative economy and Sky will be joined by sister company NBCUniversal and backing is provided by Comcast, the owner of both companies, in partnership with Legal & General.

The redevelopment will begin upon successful completion of the planning process early next year and the site is expected to open in 2022. Once operational, Sky Studios Elstree will provide a huge boost to Britain’s creative sector with the expected creation of over 2,000 jobs plus an uplift to the local economy alongside an additional £3 billion of production investment in the UK’s creative economy over the first five years of operation.

The Studio will house 14 soundstages covering over 20,000 sqft which will support the production of several films and TV shows simultaneously and provide significant capacity for Sky Studios to produce more original content in-house, while continuing to work with independent production companies across Europe.
In addition, the site will include production offices, a set construction workshop, a screening cinema and state-of-the-art post-production and digital facilities which will all play host to major film productions from Universal Pictures, Focus Features and Working Title, and television series from NBCUniversal Content Studios. Capacity is such that third party productions will also be supported.

Sky has also reiterated its support for the next generation of young and diverse creative talent and says it will use Sky Studios Elstree to build on its existing work.

Jeremy Darroch, Group Chief Executive, Sky, said: “Sky Studios Elstree will play a pivotal role in bringing the wealth of UK and European talent and creativity to the world. We know our customers love our award-winning Sky Originals like Chernobyl and our investment in Sky Studios Elstree will enable us to bring more unique stories to more viewers.”

Darroch continued, “ We are proud to be working with our colleagues at NBCUniversal and Comcast, and our partners Hertsmere Borough Council and L&G to bring this project to life. Together we share a joint vision to create a world-leading production capability that will support the creation of thousands of jobs in the creative sector. We can’t wait to get started.”

With Netflix also setting up a 10 year lease to set up production facilities at Shepperton Studios, it looks like the next decade could be a golden time for the UK creative sector as two iconic studios are bought back into the production limelight.

Why not let us know what you think of this news in the discussion thread.