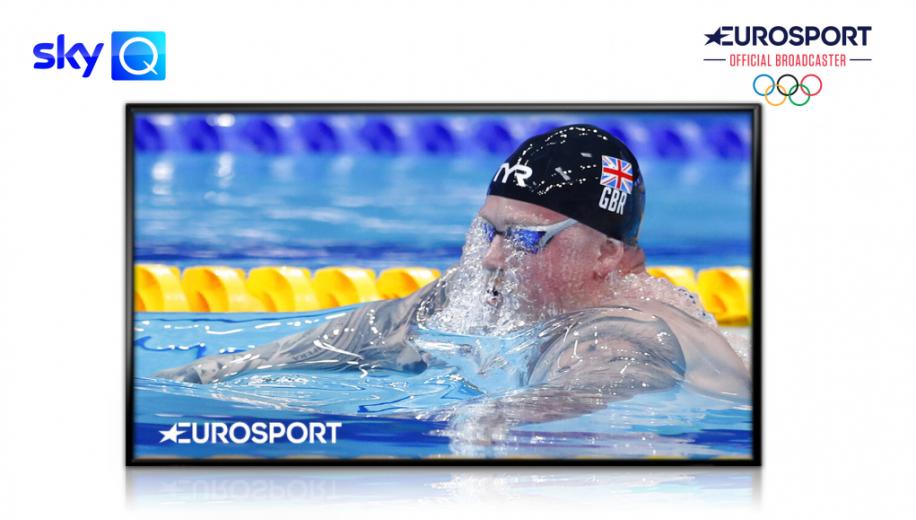 Sky has confirmed that it will be broadcasting live sport in 4K UHD and HDR for the very first time starting with the Tokyo 2020 Olympic games, before rolling the feature out to over 100 Premier League matches kicking off in the new season.

The much delayed Tokyo 2020 Olympic Games gets underway on Friday 23rd July and Sky Q subscribers will be able to enjoy over 200 hours of live action over the 16 day event, including the opening ceremony, in 4K and HDR.

Sky’s Ultra HD and HDR Olympic coverage can be found on Sky Q’s dedicated Eurosport 4K feed which can be accessed via the red button on either channel 410 or 411.

However, Sky’s Tokyo 2020 coverage doesn’t stop there as seven extra Olympic specific Eurosport pop-up channels in HD will be available for free. In addition, discovery+ will provide access to 55 live event feeds and thousands of hours of live coverage and on-demand action -  luckily, viewers can now sign up to discovery+ for 12 months at no extra charge.

To quickly access this Olympic smorgasbord, Sky has activated a range of Olympics voice commands for use with the Sky Q remote, including; “Tokyo Olympics”, “2020 Olympics” and “Opening ceremony” to find relevant content such as the events themselves, documentaries, podcasts and more.

Then on Friday 13 August, live Premier League action will be available in Ultra HD with HDR as newly promoted Brentford take on Arsenal at Brentford Community Stadium.

Fraser Stirling, Group Chief Product Officer, Sky, said, “Bringing HDR to live sport for the first time means you can feel closer to all the action of the Olympics and Premier League games, with the ultimate picture quality that creates the best at-home viewing experience. For sports fans, it’s the next best thing to being in the stadium.”

The move signals Sky’s ongoing commitment to bring HDR to home entertainment as standard. High Dynamic Range delivers a more immersive experience with more vibrant colours and greater details in shadows and highlights - something football fans will no doubt enjoy as the camera follows a high ball from the player on the pitch up to the zenith of the ball’s flight and back down to the shadows of the stadium.

For viewers who already have Sky’s UHD subscription, HDR is included as standard, and for those that don’t, there’s a special three-month free offer via the Sky VIP app available from 16th July to 26th August.

Accessing Sky Q’s HDR Premier League coverage will require a Sky Sports or Sky Sports Football subscription and pressing the red button during the game will join the action in HDR.

To fully experience HDR, viewers will need an HDR compatible TV which supports the Hybrid Log Gamma HDR standard as well as an HDR ready Sky Q box and Ultra HD + HD or Q Experience subscriptions. However, even without HDR, an Ultra HD subscription will still deliver 4K with SDR (Standard Dynamic Range) for viewers' enjoyment.

Are you watching the Olympic Games coverage on Sky in HDR? If so, why not leave a comment and let others know what the experience is like?