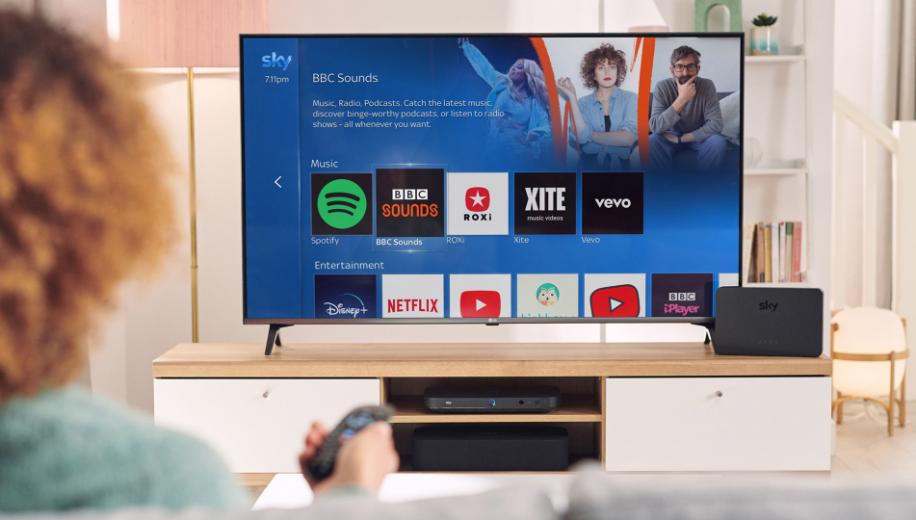 Sky and the BBC are strengthening their partnership and, from today, the BBC Sounds app is launching on Sky Q allowing customers access to more than 80,000 hours of audio content. It follows the addition of the BBC iPlayer app launch on Sky Q boxes across the UK in late 2019.

BBC Sounds is a streaming media and audio download service from the BBC that includes live radio broadcasts, audio on demand, and podcasts from the likes of Joe Wicks, Stacey Dooley, Louis Theroux and George the Poet. The service differs from the iPlayer Radio app which it replaced in that, rather than simply an on demand catch up service, original content is created for the service too.

To open the app, customers just need to simply say “Launch BBC Sounds” into their Sky Q voice remote, and start easily listening to their favourites.

Within the app, users can bookmark shows they wish to listen to later, easily pick up where they left off on other devices, subscribe to their favourite shows so they never miss an episode, and get recommendations every day for what else they may enjoy.

Patrick Behar, Chief Business Officer, Sky,said: "In 2020, we brought a range of apps to Sky Q including Disney+, Discovery+ and Amazon Prime Video, so I’m delighted to kick start the new year by adding the brilliant BBC Sounds app to the Sky Q mix. We know the value our customers place on BBC content so it’s great that they can access the best of music, radio and podcasts alongside their favourite TV, in one place, easy."

The BBC Sounds app joins a host of customer favourites on Sky Q including BBC iPlayer, Amazon Prime Video, YouTube and Netflix, in one place and was also made available on Freeview Play in September last year, where it became the ninth content player on the platform.