Not to be confused with Sky's Gangs of Lemur Island! 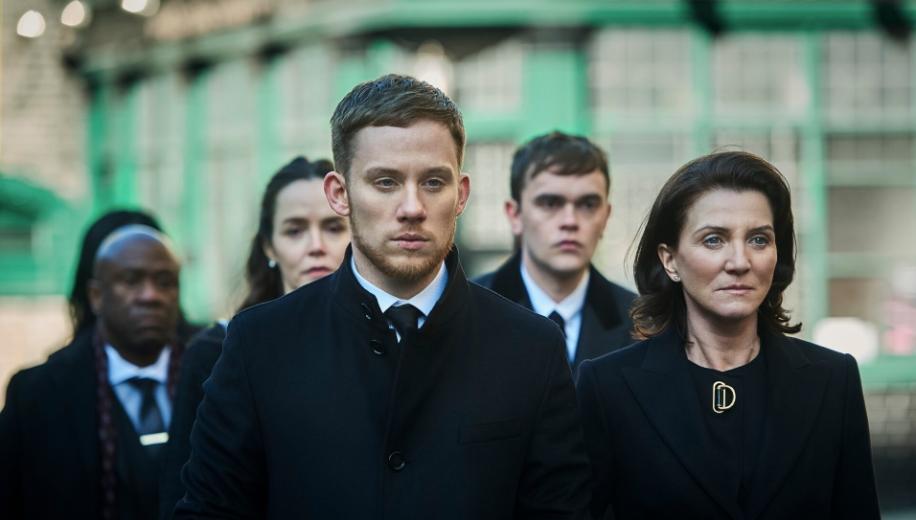 After a record breaking first season, Sky’s Gangs of London will officially be returning for a second season.

The sinister and often violent inner workings of London gangland culture will once again be exposed as Sky announces that season two of Gangs of London has been commissioned.

With all nine episodes of the first season dropping at once on the 23rd April on Sky Atlantic smack-bang in the middle of lockdown, there was an audience waiting to voraciously consume any available new material even if it came with a distinctly R rated tone.

As a result, the viewing figures for season one - which sees the consequences of a turbulent power vacuum followng the assassination of the head of London's most powerful crime family - were the highest in 5 years for a Sky Original drama and saw a 7-day cumulative audience of over 2.23m viewers for the opening episode, overtaking other hit Sky Originals including critical and audience favourites such as Chernobyl and Save Me.

Figures also showed that it was Sky’s most binged premiere box set this year with almost a million viewers watching through to competition within 2 weeks and nearly 17 million downloads across the series so far.

It’s likely that success will be replicated across the pond as AMC has picked up the rights to show S1 of Gangs of London in the US this autumn. AMC has also come on board as co-producer for the new season. Additionally, Sky are planning to broadcast the show over the summer in Italy and Germany.

Produced by Pulse Films in association with SISTER for Sky Studios, Gangs of London was the brainchild of genre fan-favourite Gareth Evans, the force behind The Raid film series and the downbeat Netflix film, The Apostle. Benefiting from his cinematic vision and typically ultra violent fight choreography, Gangs of London delivered an experience that clearly clicked with audiences. No doubt this successful approach will be present for series two which is due to start filming next year with an air date in 2022.

Thomas Benski, CEO & Founder, Pulse Films, said: “The overwhelming reaction and record-breaking success in the UK of the first season of Gangs of London has been phenomenal, and we are thrilled to continue this epic journey with such riveting characters for season two with our amazing cast, crew and partners. We look forward to teaming up again with our friends at Sky and to welcoming AMC on board as our US broadcast partner. AMC is the perfect home for our show, and we cannot wait for audiences stateside to experience series one this Autumn.”

Read the AVForums review of the first season of Gangs of London here.

Gangs of London Season 1 is released on Blu-ray, DVD & Digital from 27th July.

Have you watched Gangs of London yet and are you excited by this news?  Let us know what you think about the return of the Wallace crime family in the discussion thread.