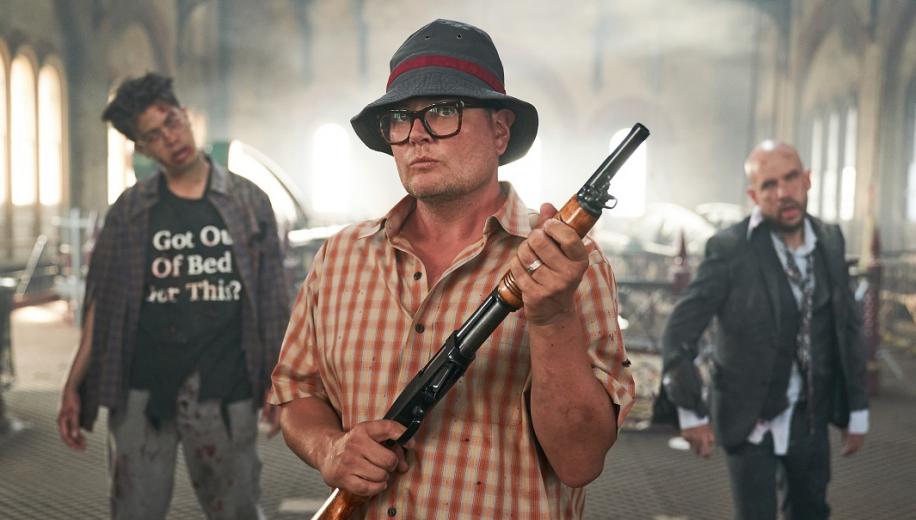 Sky’s hugely popular A League of Their Own and the more recent There’s Something About Movies are both set to start production for airing later in the year.

Filming for two of Sky’s biggest entertainment shows is due to begin this month and both are scheduled to hit viewers’ screens later in 2020.

Both shows are produced by CPL Productions and There’s Something About Movies will have a Christmas special for its 6th and final episode putting the airdate of the first episode sometime in the middle of November 2020.

Meanwhile, A League of Their Own will enter its 15th series with two more guaranteed to come afterwards on the back of a new three season deal between Sky and CPL.

There’s Something About Movies' third season will once again see Alan Carr as host and Jennifer Saunders and Michael Sheen returning as team captains. Also joining them will be comedian Tom Allen as well as a host of big screen stars and guests from the world of entertainment, all pitching in with their knowledge of film trivia and movie insights.

Alan Carr said: “I am buzzing to get started on series 3 of There’s Something About Movies, boy have I missed mucking around with Tom Allen, Jennifer Saunders and Michael Sheen and although going to the cinema seems like a distant memory, we will be doing our best to recreate some of the movie magic that we’ve all been missing this summer. Bring it on!”

Sports panel show A League of Their Own has become one of Sky’s most popular entertainment bastions over the past decade and the show's two long-standing team captains Jamie Redknapp and Freddie Flintoff said: “We can’t tell you how good it feels to be getting back to the studio. We love this show and CPL and Sky have done everything possible to make this happen. There’ll be challenges we can’t wait to get stuck into and we’re sure we’ll be kept on our toes.”

It looks like the production of these shows will move away from the hastily assembled homemade Zoom-based shows that initially filled the TV schedules following the lockdown. With restrictions lifting and a better understanding of how to be creative and safe, both shows will film in a studio environment, albeit with a live audience.

The safety of all those involved, from production staff to guests and presenters, is the top priority for CPL and Sky who will work within current government guidelines, all the while keeping as much of the shows’ original formats and appeal as possible, so fan-favourite end games, VTs which have started filming and challenges will still feature throughout the series.

Murray Boland, Creative Director at CPL says: “It’s great to be getting back into the studio with two of our big entertainment shows. There are obviously huge challenges to filming in a safe way during the current pandemic. However, the teams on both A League of Their Own and There’s Something About Movies have been hugely inventive in coming up with solutions that keep everyone safe, while making sure that both shows are as action-packed and funny as always.”

Away from homegrown panel shows, Sky also re-started some of its scripted European productions last month given that many continental countries are ahead of the UK in lifting restrictions. So, Sky original Ich Und Die Anderen returned to production in Vienna and Sky Studios and Sagafilm co-production Sisterhood began shooting in Iceland.

The insights gained from the new production methods on these projects will help inform Sky’s plans to return to scripted production in the UK later this summer.

It will be nice to have the humorous feel good banter factor of quality panel shows returning to our screens soon. Have you missed new panel show content during the lockdown? Let us know in the comments section.