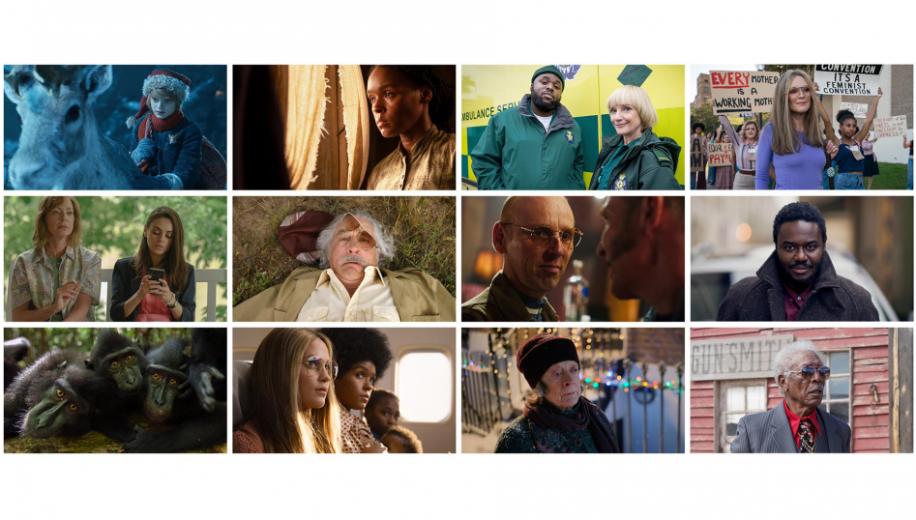 Over 125 new Sky Originals are coming to Sky and NOW TV subscribers in 2021 as the company reveals its biggest ever lineup of movies and TV shows.

Sky presented a strong array of original entertainment options throughout 2020 including Gangs of London and Brave New World before capping the year off with Roald & Beatrix: The Tail of the Curious Mouse.

Now Europe’s leading media and entertainment company is stepping up its game for the next 12 months. It will bring 30 Sky Original movies, 30 new Sky Original documentaries as well as a selection of  drama, comedy, entertainment and arts series to subscribers’ screen. This amounts to 50 percent more original TV and film than last year, giving access to a range of stories featuring viewers’ favourite stars.

The company’s portfolio of original films will deliver at least two new premieres every month and this is set to rise to one a week from next year.

Among some of the highlights are:

This expansive schedule for 2021 and beyond is part of Sky’s commitment to more than double its investment in original content by 2024. And work is underway on Sky Studios Elstree, its new state-of-the-art TV and film studio in North London, which is set to be the most sustainable in the world when it opens in 2022. All future Sky Originals will be net zero carbon as well.

Having started 2021 strongly with A Discovery of Witches season 2, which has returned the biggest launch for an original returning series in nearly 9 years, further Sky Original dramas are planned including Wolfe written by Shamless’s Paul Abbott and which stars Babou Ceesay as a lauded forensic pathologist,. There’s also the Olivia Colman starring Landscapers as well as new prison break drama Intergalactic.

And of course there’re returning fan favourites such as Intelligence, Britannia III, Brassic 3, Code 404, Hitmen, Breeders, Temple and even more Bulletproof. Furthermore, Sky is also the home of some of the best of US TV, with shows from HBO, Showtime and many more.

New documentaries will range from real events to true crime and natural history and include Positive which marks Britain’s 40-year struggle with HIV/AIDS, The Bambers: Murder at the Farm which is executive produced by Louis Theroux, and Gangs of Macaque Island, a light-hearted ‘animal docu-soap’ following the daily lives of rival black-crested macaque troops.

Meanwhile, comedian Russell Howard breaks away from his usual topical format to present a travelogue through New Zealand and Australia which currently has a working title of Russell Howard’s Back to the Future Stand Up Show.

Looking further ahead to 2022, Sky recently announced that Kenneth Branagh will be playing current UK Prime Minister Boris Johnson in This Sceptered Isle co -written by Michael (Welcome to Sarajevo) Winterbottom and which looks at the events surrounding the government’s response to the coronavirus pandemic, plus the Taskmaster himself, Greg Davies, will star in psychotherapy comedy Safe Space.

Other shows coming in 2022 include an adaptation of John (The Day of the Triffids) Wyndham’s classic science fiction novel The Midwich Cuckoos, action thriller Extinction which is about a man who joins an organisation that can turn back time and Chernobyl 86 a documentary which tells the story of Chernobyl through newly discovered archive footage and original interviews with those who were there.

There’s no word yet on how much of this new content will be rolled out in HDR but 2020 saw Sky introduce documentaries followed by a selection of its dramatic content and Sky Cinema movies which all featured High Dynamic Range, so it’s a reasonable assumption to expect at least some of this upcoming new content to be broadcast in HDR.