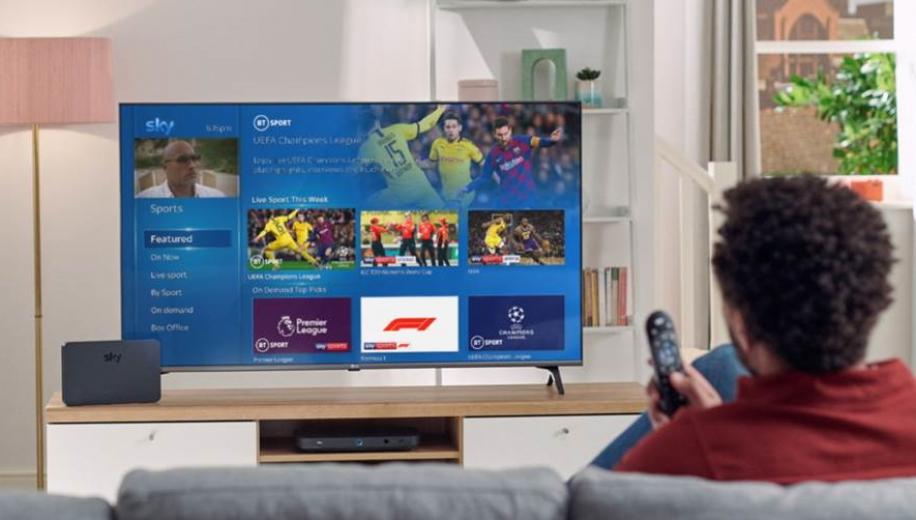 Sky and BT have entered into an agreement that will place the Sky Sports and BT Sports channels together in new subscription packages for the very first time on Sky TV.

The move will bring together major tournaments and events from across the sporting world and place football fans at the centre of Premier League matches from both Sky Sports and BT Sport along with the Emirates FA Cup and UEFA Champions League from BT Sport.

The two new packages will incorporate all eight Sky Sports channels and BT Sport channels BT Sport 1, 2, 3 and BT ESPN , together in one subscription making it easier for viewers to find the action they love.

From today, the available packages are:

Sky Sports and BT Sport: £35 per month alongside the Sky TV subscription - a saving of 35 percent on the standalone monthly subscriptions.

Sky Sports and BT Sport, plus Sky Entertainment: £47 per month - a saving of over 40 percent on the standalone monthly subscriptions.

BT Sport: £25 a month to bolt on BT Sport to an existing Sky TV package - for those that prefer greater flexibility.

Subscribers to the new packages will enter into an 18 month contract and customers who already subscribe to Sky Sports and BT Sport separately will be able to recontract to benefit from the saving offered by the combined packages. Additionally, Sky customers with a separate BT Sport subscription who wish consolidate can contact Sky to upgrade their accounts.

The new packages launch just in time for Leicester City vs. Manchester City on Sky Sports on Saturday and the head-to-head between Chelsea and Tottenham Hotspur on BT Sport. Aside from regular matches in the UEFA Europa League, Scottish Premiership and Emirates FA Cup, the packages will also enable access to the global F1 season, golf from all four majors, cricket from every England home Test, ODI, T20 match and the ICC Women’s and Men’s T20 World Cup plus there’s also Gallagher Premiership Rugby, UFC and MotoGP.

As well as the actual content, the viewing experience will see the BT Sport channels in HD as standard and available on Sky Go across mobiles and tablets. There will be no additional fees for multiroom access on Q, or for the full BT Sport VOD catalogue and viewers can use Sky Q’s Voice Search to find a specific sport, channel, match, or race from Sky Sports and BT Sport.

Lyssa McGowan, Chief Consumer Officer, Sky said: “Our customers have always loved sport and we’re delighted to now be able to offer them even more. From the excitement of the UEFA Champions League, Tiger Woods defending The Masters and the rise of Fallon Sherrock, 2020 is a huge year of sport. Now, through our partnership with BT and the launch of our new sports packages, millions of fans can watch all the sports they love.”

NOW TV customers have not been forgotten about and they will soon be able to enjoy BT Sport on their NOW TV Smart Stick or Smart Box with Voice Search, when the BT Sport app launches in the app store later this spring.

Away from sport, Sky has embarked on a series of content partnerships with the BBC, Channel 4, Channel 5, Netflix and Warner Media and has promised £3 billion production investment in UK creative sector expected in first five years of its Sky Studios Elstree operations.

Sky recently announced price rises that will take effect from April 1st, so do these new sports packages go some way to offsetting these increases? Are Sky’s long term investment and partnership programmes indicative of a promising future for the broadcasters subscribers? Let us know what you think in the discussion thread.