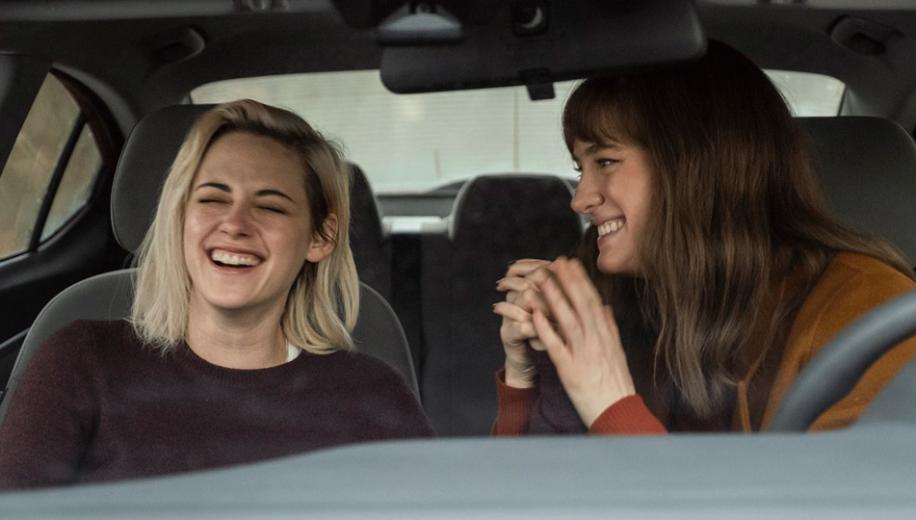 Sky and Entertainment One’s agreement will provide a number of new releases exclusively for Sky Cinema customers as well as a significant trove of library movies.

The newly announced long term partnership between independent studio Entertainment One (eOne) and media company Sky, will allow access to hundreds of hours of blockbuster movies for Sky’s customers, with content easily available all in one place.

To tee the deal off, Kristen Stewart’s latest film, the anticipated holiday rom-com The Happiest Season, which had its theatrical run bypassed due to Covid-19, will be be available exclusively to Sky Cinema customers.

Other movies coming to Sky’s film service from the eOne archives include the Twilight and Divergent franchises, Young Victoria, Dallas Buyers Club and Looper.

Stephen van Rooyen, EVP & CEO UK & Europe Sky said: “We’re incredibly excited to partner with eOne and bring their award-winning world-class content to our audiences. Sky Q makes it easy for customers to access the content they love, all in one place, and this new deal will expand the impressive range of films already available.”

As part of Hasbro’s media empire, Entertainment One has access to properties which includes iconic brands like Dungeons and Dragons, Action Man, Magic: The Gathering, My Little Pony, Transformers, Monopoly and Power Rangers.

However, away from toy branded IP, eOne has a track record in original filmed entertainment, having generated over £1.13 billion at the UK and Irish box office, with a diverse slate of films across the past twelve years. The company’s achievements have seen twenty box office number 1 films with the likes of Stan & Ollie, The Girl on the Train, The BFG, 12 Years a Slave, The Twilight Saga.

Moreover, Entertainment One’s film catalogue has been rewarded with 11 Best Picture Academy Awards nominations and 4 Best Picture wins for The King’s Speech, 12 Years a Slave, Spotlight  and Green Book.  And Sam Mendes’ recent WW1 epic 1917 won big this year at the British Academy Film Awards (BAFTA), where it was recognised for Outstanding British Film and Director alongside Best Film.

Stuart Baxter, President, International Distribution, eOne said: “We’re delighted to be expanding our relationship with Sky on this ground-breaking deal, especially during these challenging times. A partnership of this scale marks one of the biggest strategic deals we’ve done this year. We’re confident they will be a brilliant marketing partner for our content, working with us through the entire lifecycle.”

If you’re a Sky Cinema or NOW TV Cinema Pass customer, let us know what eOne movies you’ll be looking forward to seeing.