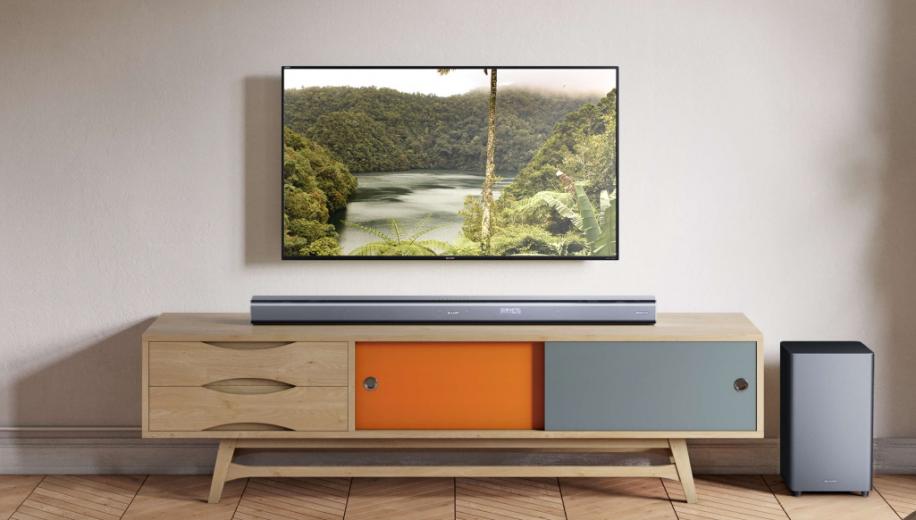 Sharp has expanded its existing range of slimline 2.0 and 2.1 sound bars to now include Dolby Atmos audio in the newly available HT-SBW800 and HT-SBW460 models.

Venturing into the world of 3D cinematic audio to fully immerse the listener into the heart of a movie soundtrack, both soundbars are built around Sharp’s Dolby Atmos engine which enables a 360-degree surround system without the need for additional speakers or expense of a traditional home cinema set up.

The HT-SBW800 features 570W in a 5.1.2 channel configuration which incorporates a centre speaker as well as 2 side-firing and 2 up-firing speakers for bouncing sound off the walls and ceiling of the room in order to deliver the full Atmos effect.

The SBW460 also comes with a wireless sub but lowers the overall power to 440W, though it still features a centre channel for clearer dialogue along with its left and right channels. The lack of upward firing drivers doesn’t mean it loses the ability to handle Dolby Atmos soundtrack though since it uses virtual surround sound technology which adds height without the need for extra drivers.

Both soundbars have a metal front grille with a matte black finish, an off-centre LED display and come with a remote control, though there are direct keys (on top of the 800, and at the end of the 460) for up close fingertip interaction. They can also be controlled using the TV remote via HDMI ARC-CEC for additional ease of use.

Speaking of HDMI connectivity, both soundbars have 2 x HDMI inputs and 1 x HDMI output which have 4K pass-through in addition to the CEC functions. Other ports include digital optical, aux, coax and USB to ensure playback from most devices, plus Bluetooth 4.2 allows wireless connection for music or audio playback from compatible devices.

As well as Dolby Atmos, the soundbars support Dolby THD, Dolby Digital Plus and Dolby Digital audio formats and have 4 EQ pre-sets (Music, Movie, News and Night) for instant optimisation.