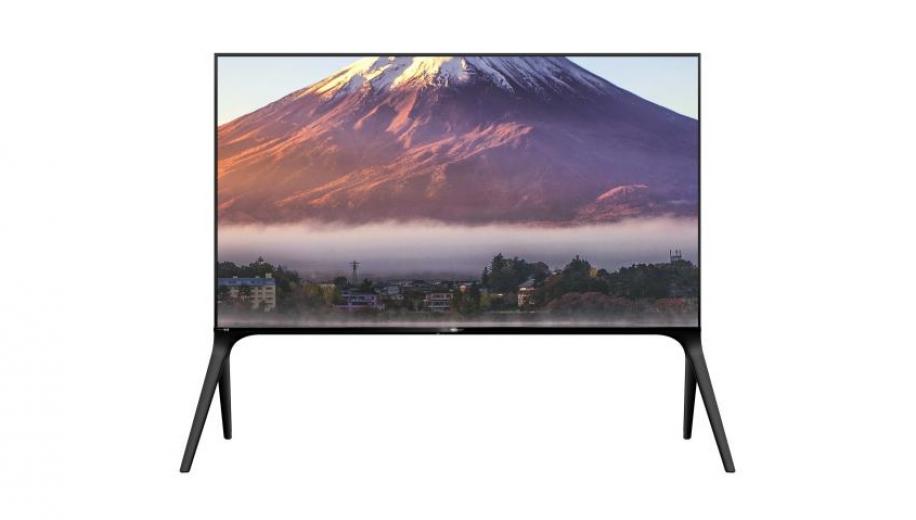 According to international technology analysts, IHS Markit, the Japanese TV maker has seen its domestic market share slip from number one in 2018 to third place behind local rivals Sony and Panasonic, both of whom offer OLED TVs as part of their higher end ranges.

Disappointing sales of its 8K LCD TVs (pictured above) seem to have pushed Sharp into deciding that the burgeoning OLED market in Japan is where it should be concentrating its efforts. Here, the proportion of OLED TV’s in the premium segment of the market (i.e. TV’s costing more than USD $2,000) is 75 percent, indicating consumers are snubbing 8K models despite the lure of the 2020 Tokyo Olympic Games being broadcast in 8K.

The Sharp OLED models will use panels from LG Display and are rumoured to start at 300,000 yen which is about US$2,700 or £2,100 - putting them in line with the competition. There has been no indication whether Sharp will expand beyond its home territory into the US or Europe with its OLED ambitions.

The OLED TV market is proving tricky to predict at the start of 2020. LG Display is ramping up OLED panel production as it reduces its reliance on LCD manufacturing and these increasing numbers of panels will supply most of the world’s TV makers who are committing to OLED TVs. OLED debutants for 2020 include Vizio, Huawei and Xiaomi which takes the total number of OLED clients for LG Display to 18 now that Sharp is on board.

It’s not all good news for OLED TV though as Hisense recently abandoned its OLED plans with the failure of its budget O8B TV to gain any real recognition.

Although Sharp has not released any specifications, any lack of additional innovation to provide differentiation from the competition could see Sharp struggle to make its OLED TVs stand out, with only existing brand recognition working in its favour. Both of its domestic rivals offer something in their OLED TVs to add extra value. For Panasonic, it is the custom panel which has been engineered to deliver more brightness and remove heat, while Sony’s OLEDs feature speakers built into the panel, which is its Acoustic Surface Audio technology.

So the question is, can Sharp bring anything new to OLED TVs?

Let us know in the discussion thread what you think Sharp needs to do to stand out from the OLED crowd.