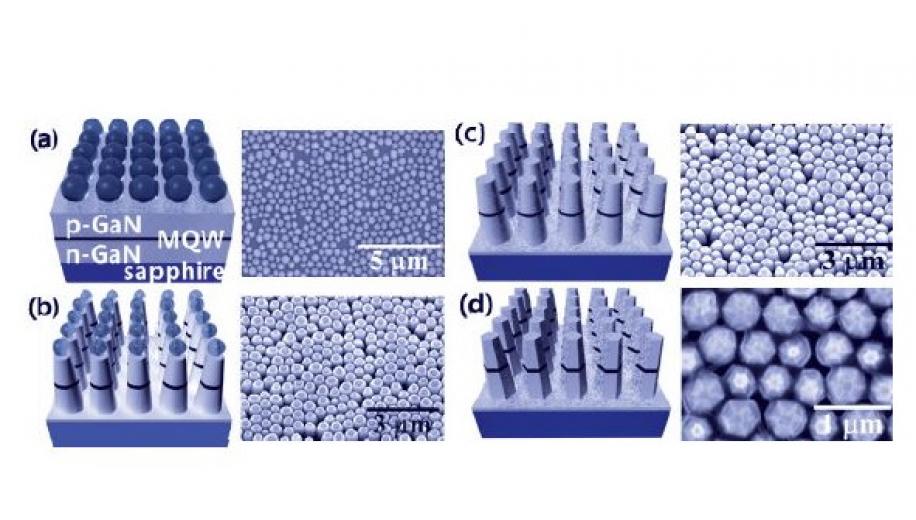 Now, according to a report over at the Display Supply Chain website, the South Korean TV giants are working on QNED - which is an acronym for Quantum Nano Emitting Diode -  display technology. The aim of the new research is to replace the blue OLED emitter currently being used in QD-OLED development with one which is longer lasting, has better efficiency, improved brightness and which eliminates any potential burn in issues associated with OLED based emitters.

That replacement is Gallium Nitride (GaN) which comes in the form of a blue emitting Nanorod LED.

The increased stability of GaN should also remove the necessity for thin film encapsulation which is a finishing stage that OLED panels have to go through to make sure they are not exposed to oxygen or moisture which reduces the lifespan of the panel. The removal of this stage will lower production costs.

Since the GaN Nanorod LEDs will emit in the blue light wavelength, Quantum Dots will still be required for red and green pixels using a colour conversion process. Thus, the overall QNED layer structure will include the backplane - which can be manufactured using existing QD-OLED techniques and equipment - a layer of blue GaN Nanorod LEDs and a layer for colour conversion.

It’s understood that the current R&D will give way to a pilot production phase in the first half of 2021 and if successful, the next stage would be full scale production.

One of the advantages of this proposed schedule is that QNED production can slot into the QD-OLED process lines that are currently under construction, without too much disruption. All that needs to change is the equipment used for the deposition of the blue emitting OLEDs will be replaced by equipment that will add GaN Nanorod LEDs to the panel - predicted to be based around inkjet deposition.

The conversion of the QD-OLED production line process to QNED would save money and time as Samsung could continue to manufacture its initial tranche of QD-OLED based TVs, thus introducing new premium models to the consumer market, before a relatively quick change over to those based on QNED.

Overall production costs are expected to be lower for QNED compared to QD-OLED since the removal of OLED deposition eliminates the most expensive production tool as well as removing costs associated with OLED materials. No doubt ongoing development of QNED will incur its own financial burden but a new display technology heading for the consumer TV market that isn’t expected to cost a fortune straight out of the gate (Micro LED, we’re looking at you) is a welcome change.