More Books than a library... 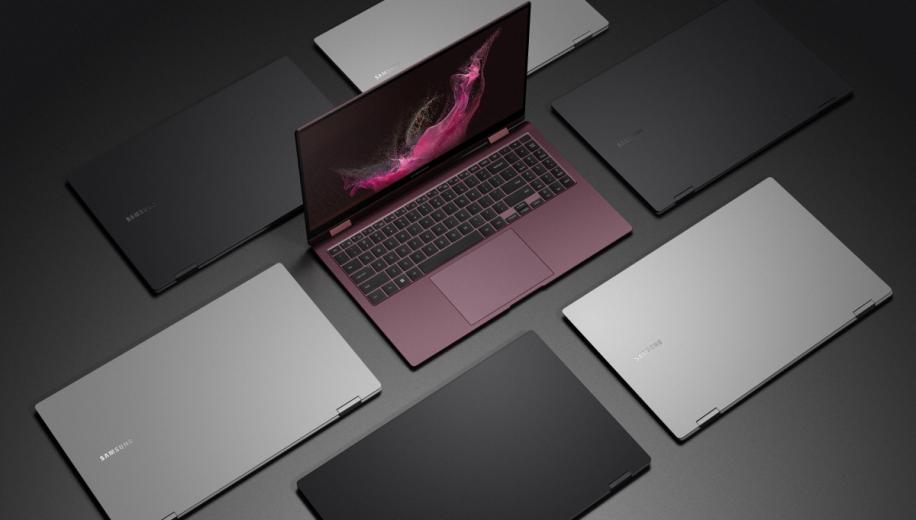 Samsung has announced a new and improved Galaxy Book2 series of laptops, with the premium Book2 Pro and Book2 Pro 360 further bridging the divide between the functionality and flexibility of your mobile, and the performance and feature-set of a high-end PC.

Due to launch at the beginning of April, both the Pro and the Pro 360 will come in two screen sizes, with the choice of 13.3-inch or 15.6-inch models. The main differences start with the Pro 360 offering up a 2-in-1 tablet/laptop design, compared to the more traditional clamshell Pro model. The Pro 360 also comes with a Super AMOLED display (compared to the Pro’s FHD AMOLED), boasting HDR and a brightness up to 500 nits. The Galaxy Book2 Pro 360 also comes with a rotating touchscreen and S Pen functionality in the box, with Samsung's stylus also a feature of the recently announced Tab S8 series.

Building upon the 2021 range, all models are running Windows 11 and come packing 12th generation Intel Evo processors, along with Intel’s Iris X Graphics – with the 15.6-inch Pro model having the option to add Intel ARC Graphics to the package. The models are impressively thin (all under 12mm) and lightweight (from 870g for the smallest Pro up to 1.4kg for the larger 360 model). We don’t have UK pricing confirmed as yet, but in the US the Book2 Pro will start from $1,049.99 (a little over £780 if this were a straight price conversion to UK stores, which it won’t be) and the Pro 360 at $1,249.99 (£933).

One point of interest is that the Book2 models now come with a 1080p FHD camera to make you look your absolute best on those Zoom meetings, with Studio Mode offering further features, such as Auto Framing and other improvements to eliminate background distractions and keep the central picture crisp and clear. Audio-wise they both come with stereo speakers (4W and 5W, depending on size), using Smart Amp to evenly balance the output at higher levels, and there’s also support for AKG and Dolby Atmos. The dual array mic boasts bi-directional AI noise cancelling to reduce unwanted sounds and keep you sounding as good as you look.

Samsung is claiming that the Book2’s 63- and 68Wh batteries will deliver up to 21 hours of video playback, with 8 hours of juice from a quick 30-minute charge (using the same USB Type-C charger as other Galaxy devices, so you’ll only need the one socket). Other ports include Thunderbolt 4 and USB 3.2 (with the Pro models also having a very welcome HDMI), with a 3.5pi headphone/mic plug and MicroSD. The larger Pro model also has the option for a Nano SIM slot.

The Book2 series is also the first consumer PC range to come with Microsoft’s ‘secured-core’ certification for further peace of mind for those using the models in a professional environment, as well as making it accessible to more casual users. For those professionals looking for a more dedicated PC, Samsung is also launching the Book2 Business, built on Intel's vPro platform and packing more in the way of advanced security and productivity features (priced at $1,999.99), while those with less stringent needs can also consider the Galaxy Book2 ($749.99) and Galaxy Book2 360 ($899.99).

As you’d expect, the models come with seamless compatibility with other Galaxy products and Samsung software apps (such as Gallery and Notes) to make it easy to share content, along with Galaxy Book Smart Switch on hand to help migrate everything you need (and eliminate everything you don’t) from your existing PC, whatever make or model that may be.

The Book2 range will be available from 01 April, with a pre-order window opening on 18 March. The models will come with the option for 8, 16 or 32GB of internal memory, with space for up to 1TB of additional storage, and be available in a silver or granite finish, with the Pro 360 also offering a burgundy option. You can find out more on the Galaxy Book range on Samsung’s (UK) website. The question is, does the Book2 warrant an upgrade on last year’s models or is there not quite enough that’s new and improved to tempt you in?