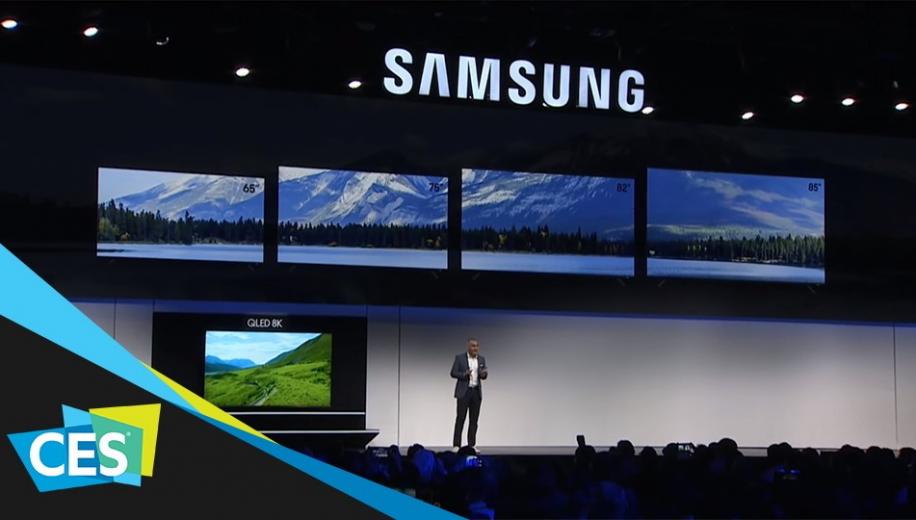 Samsung has been busy trademarking a range of names and phrases that may (or indeed may not) relate to some interesting developments in their upcoming TV ranges. The latest, Dual LED, could hint that the company is now on board with a technology that some other TV manufacturers are already pursuing.

Once again, the story was picked up by tech news outlet TechGenyz, who reported that a trademark request for 'Dual LED' had been placed with the European Union Intellectual Property Office (EUIPO) following similar applications for ‘Infinity Screen’ and ‘Zero Bezel’.

Similarly, the categorisation for the application on Oct 21st was described as Class 9 and listed ‘televisions; television monitor; TV set; a remote controller for TV; TV stand; wall mounting.“ This time though the application was submitted via an Italy based intermediary called Perani & Partners Spa whereas the other trademark requests were via a Spanish company called Abril Abogados.

With no further details available as what the Dual LED description refers to some educated speculation is called for.

Back in September at IFA in Berlin, Panasonic proudly showed off their MegaCon double LCD panel and before that, Hisense announced the launch of their dual layered U9E LCD TV in China.

Both of these TVs use an inner 1080p monochrome panel which modulates the backlight at an individual pixel level and an outer 4K colour panel which controls the colour. The result is a contrast ratio of up to 1,000,000:1, which is unheard of in an LCD panel, and a peak brightness of 1000 nits that can be held indefinitely. Additionally, up to 99 percent of the DCI-P3 colour gamut can be reached.

These dual layer LCD panels produce images that rival those of more expensive OLED TV and are seen by many as a TV technology option that could be developed for future consumer TVs. As well as picture quality, the displays can be viewed from very wide angles without any loss of colour fidelity and they are already used in some professional mastering facilities.

Samsung’s 'Dual LED' nomenclature does sound like it positions itself in similar territory to both the Panasonic and Hisense innovations and it would make sense for the South Korean TV giant to have an analogous technology ‘in the locker’ even as it pushes ahead with its QD-OLED (Quantum Dot Organic Light Emitting Diode) TV strategy. This twin LCD panel approach is not without its problems though, one of which is dealing with the parallax effect created between the two panels and the other is the increased thickness of the TV, something the consumer might find hard to go back to after so many tears of very slim TVs.

With CES 2020 only a few months away now, it’s just possible that Samsung will unveil new TVs that incorporate some or even all of these trademarked technologies.

Does the prospect of twin/dual LCD panel TVs as an effective rival to OLED sound exciting or would the increase in TV thickness put you off? Feel free to drop into the thread and leave your thoughts.