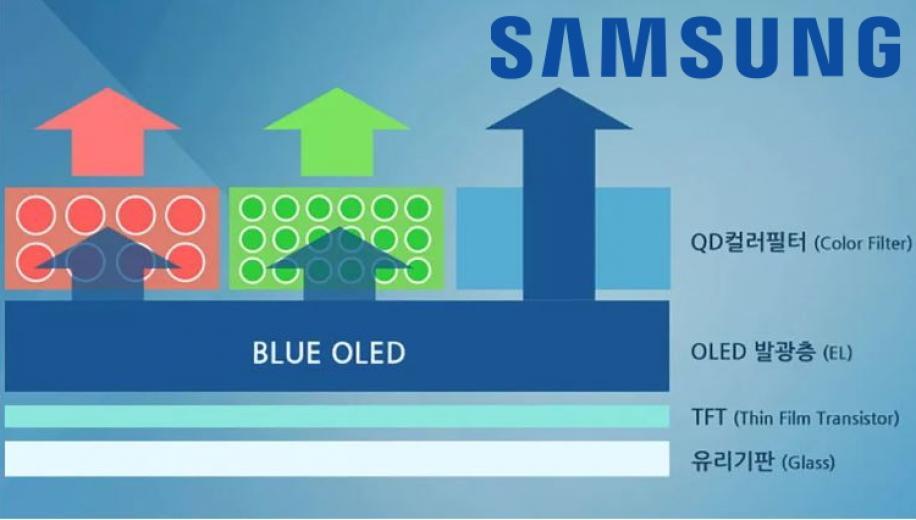 It appears that Samsung is experiencing some setbacks in their plans to invest up to $10.8 billion in the pursuit of their Quantum Dot OLED displays.

Reported online at www.OLED-info.com which quoted sources from China, it would seem that Samsung Display’s recently announced plans to invest over $10.8 billion dollars in new facilities for the development and production of Quantum Dot Organic Light Emitting Diode (QD-OLED) based display panels have hit a bump in the road.

Apparently, plans to begin mass production of QD-OLED panels in Q1 of 2021 are now being reassessed as the investment programme is delayed.

The halt in the schedule has been put down to expected changes in Samsung personnel in key areas that affect the execution of the investment programme. It is anticipated that the company will make those new appointments after the completion of the upcoming CES 2020 show. Once that is out of the way the people and organisational structures that are responsible for the ordering of new equipment to get the investment programme underway will be put in place. Sources say that Samsung is a cautious investor and this could be why it wants to make sure everything is ready before it pulls the trigger.

When the initial announcement of the investment plans was made with South Korean President Moon Jae-in in attendance, it had been expected that it would effectively herald the start of Samsung’s move to QD-OLED - its next display technology in its roadmap which ultimately leads to consumer based micro LED TVs - by the end of 2019.

The investment would be the first part of a lengthy 6 year process starting in 2019 and finishing in 2025 that would eventually see the construction of a QD-OLED fab plus the initial conversion of existing LCD production lines in SDC's L8 fab in Tangjong, Korea to QD-OLED production. That time frame has now obviously been put back by at least 3 months now.

Samsung has closed (partially or completely) some of its 8-Gen LCD production lines and sold off others and, once it has converted the remainder to QD-OLED production, the net result will see monthly yields drop from 360,000 monthly LCD substrates to around 100,000 monthly QD-LED substrates. Tangjong alone will see substrate production fall from 125,000 LCD to 30, 000 QD-OLED substrates once conversion has taken place.

QD-OLED offers several advantages over both previous LCD panels and rival LG’s OLED panels in terms of creating a cost-effective self-emitting panel. Industry experts reckon that Samsung’s approach of using three sub pixels and only two emitting layers compared to LG Display’s WRGB (four subpixels + colour filters) system which uses four emitting layers will result in a smaller stack of only 13 layers for Samsung. Compared to LGD’s 22 layers this will mean fewer deposition stages, improved yields and lower material costs, possibly taking the per metre cost down from $95 for WOLED to $26 for QD-OLED.

Samsung admits it has some technical challenges to overcome including the sourcing of efficient blue OLED emitters and a good quantum-dot colour converter (QDCC). Light management in this architecture is also a serious challenge.

The good news is that researchers now have at least 3 more months to address these issues thanks to the delay and recent improvements in the production techniques used to create self-emissive Quantum Dots due will no doubt play a part in the process of getting QD-OLED panels mass-produced and into consumer’s homes.