What's on the box tonight? 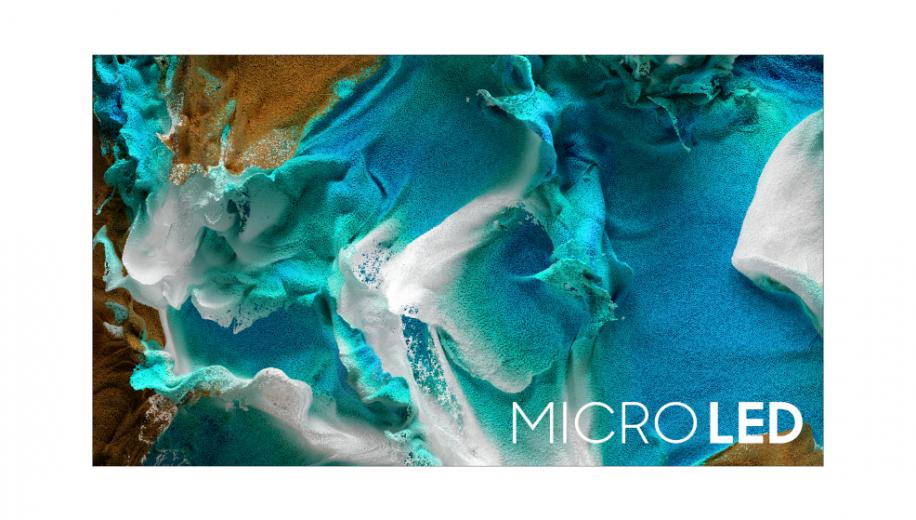 Samsung’s Unbox and Discover online event reasserted its TV plans for 2021 including the rollout of micro LED TVs alongside its new Neo QLED mini LED models. Plus it revealed some additional information regarding soundbars, lifestyle TV models, monitors and partnerships.

Perhaps the most interesting (though hardly accessible for most TV fans) was the news that Samsung’s much vaunted micro LED TVs for the home will see 110-inch and 99-inch versions released at the end of March, in addition to an 88-inch model that will be available later in the year. However, given that these sizes are still pretty large, even for U.S living spaces, the news that a 76-inch model is ‘on a future roadmap’ might give average viewers the slim hope that what Samsung calls ‘the future of TV’, could one day end up in their homes.

Samsung showed off a more home-friendly 4K, 75-inch version of its micro LED technology back at CES 2019, so it’s clear that getting the technology perfected for the consumer has been ongoing for a few years now.

More immediate for TV consumers across the globe is the upcoming rollout of the company’s 8K and 4K Neo QLED mini LED TVs. Utilising Samsung’s Quantum Matrix technology in the form of mini LEDs at 1/40th (or 2.5 percent) the size of conventional LEDs, far more can be used in the backlight. When combined with the latest Neo Quantum Processor, these mini LEDs deliver less blooming and halo artefacts along with more detail in the brightest and darkest areas of the picture. Models bound for the UK market so far are the 8K QN900A and QN800A plus the 4K QN95A, QN90A and QN85A.

Samsung’s Neo QLED also offers an improved gaming experience, useful given that so many are turning to gaming as an alternative means of entertainment during lockdown periods. Along with 4K resolution,120 frames per second smoothness and a low 5.8ms response time, Samsung’s Gamebar feature brings up in-game information and allows switching to Super Ultrawide Gameview which uses ultra-wide aspect ratios normally only available on gaming monitors.

Samsung has updated its status as the Official TV Partner of Xbox Series X in the United States and Canada and entered into a partnership with AMD to develop the first TVs with Freesync Premium Pro support for both PC and console games for an immersive HDR gaming experience.

Mini LED technology has also moved to Samsung’s 2021 Odyssey G9 gaming monitor which has a 1000R screen curvature and joins the Odyssey G3, G5 and G7 models this year. Additionally, the new Smart Monitor brings a ‘do-it-all’ ethos to facilitate work, education and entertainment all on one screen by combining Wi-Fi, Bluetooth, Wireless DeX, and Apple AirPlay 2 with Samsung’s Smart TV platform.

Those who like to use their TV as a fitness aid while they train at home will be pleased to hear that Samsung Health, a comprehensive fitness and mindfulness platform launched in the spring of 2020, is joined by Smart Trainer which uses an optional camera and AI to analyse your posture and provide real-time feedback to improve your form as you follow instructional videos.

Samsung’s range of lifestyle TVs have some new features for 2021 too including a new MyShelf accessory for the The Frame TV which customises the space around the newly slimline 24.9mm TV to better suit the consumer’s decor. The Frame will also have access to new and original art from NAVA Contemporary and Etsy while the storage space for these works has increased from 500MB to 6GB for 2021, meaning up to 1200 image can be stored at UHD quality..

The outdoor, weather resistant The Terrace will see a new 75-inch ‘Full Sun’ model which is protected from heat and sunlight for up to 6 hours. Finally, big screen movie fans who are after a quick and easy projector setup can add rollable screens optimized for the Premiere ultra short throw projector when they become available on Samsung’s website later in the year.

It’s not all about the visuals though as Samsung revealed its flagship Q950A 11.1.4 channel soundbar would support Dolby Atmos and DTS:X for truly immersive audio which would be further enhanced by a new Bass Boost feature and the addition of the new 9500S wireless rear speakers. The Q950A works with multiple voice assistants, including Amazon Alexa and Bixby, and Tap Sound makes it easy to play music from mobile devices by using a simple tap of the device on the soundbar.

As with all these kinds of announcements, the final roll out dates, territories and prices were not confirmed.