No.1 in Sound AND Vision 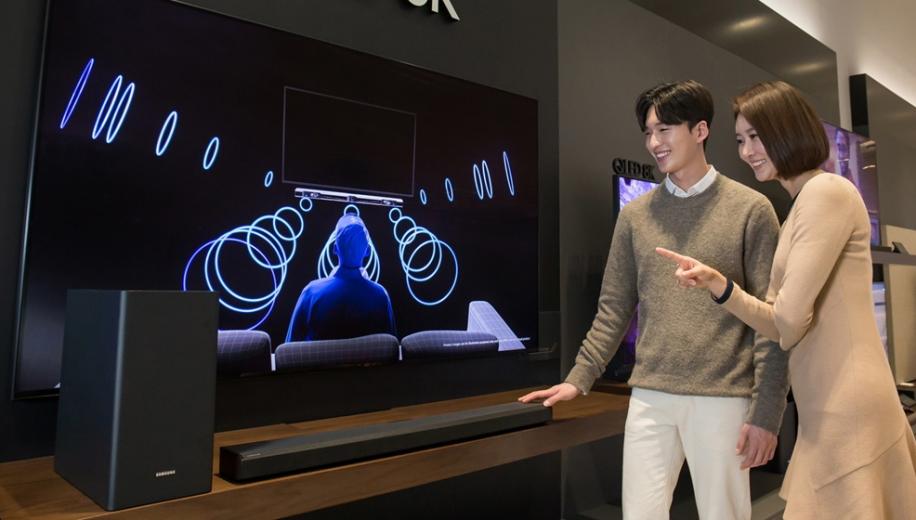 Samsung recently hit the headlines as it continued to top the global rankings for TV shipments and now it can boast the same accolade for its soundbars too.

Having topped the worldwide TV shipment charts for 14 successive years, Samsung can now lay claim to a similar achievement for its soundbars as market research firm FutureSource Consulting reports that the South Korean electronics giant has managed to lead the soundbar market share for the period 2014 - 2019.

The figures quoted indicate that Samsung ranks as number one in sales revenue, maintains 21.8 percent of the global market share and accounted for 16.5 percent of the industry sales volume in 2019. The second place competitor was almost 8 percent behind in terms of market share.

Among the models that have helped drive these successful sales are 2019’s HW-Q90R and HW-Q80R which have proved popular with reviewers and consumers alike in Europe and the US.

Samsung is expected to maintain its position at the top for 2020 with its recently announced soundbar models that support Samsung’s proprietary Q-Symphony. This technology allows the audio to be distributed across both the TV’s speakers as well as the soundbar in order to create a more immersive audio experience.

Q-Symphony was awarded the CES 2020 Best of Innovation Award and comes as standard across the entire range of Samsung’s 2020 soundbars from the Q60T upwards and is supported in the company's Q80T QLED TV models and above for 2020.

Cho Sung-hyuk, managing director of Samsung Electronics’ video display business commented, “We will remain the world’s no.1 in the tv and soundbar market due to the competitiveness of audio technology accumulated over the years.”

If you own a Samsung soundbar as part of your AV setup, why not pop over to the discussion thread and let others know how you get on with it?