Samsung's Tizen TV OS to be made available to third parties

Tizen on the horizon for non Samsung TVs 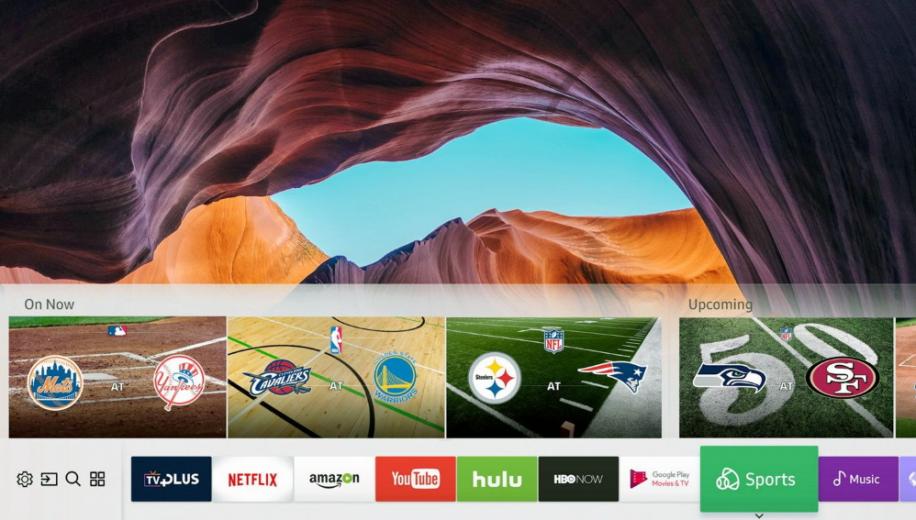 Samsung introduced its proprietary Tizen operating system back in 2015. Since then, it has appeared on over 100 million Samsung TVs around the world. Now, the South Korean TV giant has announced it is to become available to third party TV manufacturers for the first time.

Announced during Samsung’s SDC 2019 developer conference amid claims that the OS was now the world’s largest TV platform, Sang Kim, VP of Smart TV, Samsung said, "And soon, that platform will get even larger. That is because for the first time we are going to make the Tizen TV OS available to other manufacturers."

Probably one of the least-appreciated and last-considered factors of a modern Smart TV by consumers - who will most likely be drawn by design, picture quality and screen size first - the smart operating system is a major key to a fast, slick experience enabling easy to access content and functionality.

Each TV manufacturer either uses one of the major current players such as Android TV or Roku or uses their own proprietary system such as LG’s well regarded WebOS, Philip’s Saphi or Panasonic’s MyHomeScreen systems.

Samsung’s Tizen is a manufacturer-specific O/S that is now robust enough and has a large enough user base to be considered in both of these camps and it seems that Samsung now wants to push it as a rival to Android and Roku.

Like Android TV, Tizen has an in-built store where is can provide popular apps such Amazon, Apple's TV app, HBO, Hulu, Netflix and YouTube to viewers, as well as its own library of Samsung apps. It also has its own Bixby voice assistant to provide similar functionality to Google Assistant, so on the face of it, it seems well positioned to take on Android TV, which has had a chequered past with its own implementation on certain manufacturer’s TVs - problems which have largely been addressed.

Although Samsung did not back up their announcement with specific TV partners, they did unveil a set of Tizen developer tools to attract new developers to the platform and also new capabilities including the ability for users to switch off ad-tracking in Tizen apps.

With CES 2020 coming in a few months, it will be interesting to see if any Manufacturer’s new TV ranges have moved over to Tizen as their Smart O/S of choice.