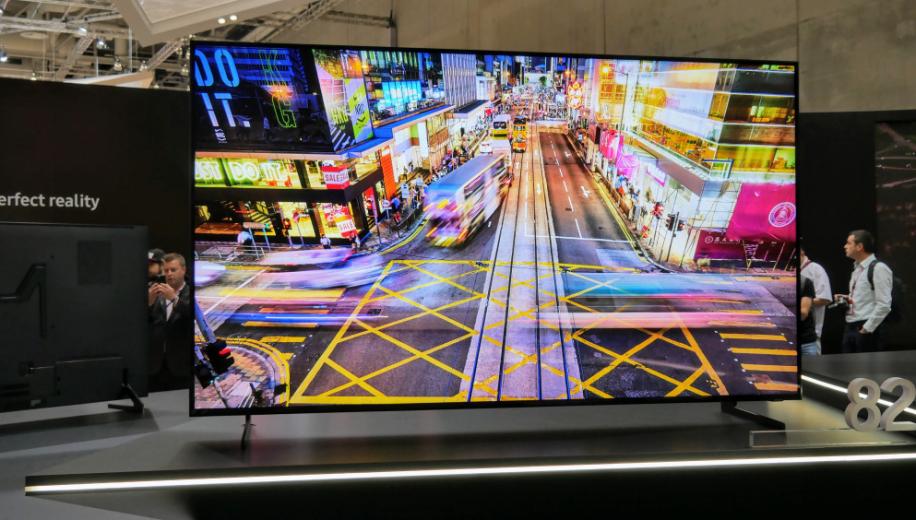 Two Samsung researchers have used a new material in the creation of Quantum Dots to deliver efficiency improvements, reduce the need for toxic chemicals and increase the QD's life span significantly. All of which could see QLED panels used in commercial activities.

Most AV enthusiasts will be familiar with Samsung’s consumer branded QLED TVs which use an LCD panel overlaid with a Quantum Dot filter (hence the ‘Q’ in QLED) and which requires a backlight since the QDs themselves issue no light.

This is in contrast to organic light-emitting diode (OLED) technology used by LG, where each pixel is made up from self-emissive material and therefore requires no additional light source in order to impart its image.

Samsung does not use OLED technology but has been working on trying to produce Quantum Dots that are self-emissive in the same way that OLEDs are. Despite some research and development setbacks in this area, their work is starting to produce results and intensive efforts have produced red-, green- and blue-emitting QD-LEDs with efficiencies of 20.5 percent, 21.0 percent and 19.8 percent, respectively.

Now, Dr. Eunjoo Jang, Samsung Fellow, and Dr. Yu-Ho Won, a Principal Researcher at the Samsung Advanced Institute of Technology have revealed the commercial viability of a new technique via a paper in the hugely influential multidisciplinary science journal, Nature.

The paper’s abstract acknowledges the benefits of Quantum Dot (QD) light-emitting diodes (LEDs) in large panel displays because of their excellent efficiency, colour purity, reliability and cost-effective fabrication and goes on to cite how the research has demonstrated that the use of indium phosphide based materials can now replace the use of hazardous cadmium.

The synthetic method of production resulted in a quantum yield of approximately 100 percent, which is the sort of yield that makes mass production more viable, and the QDs maintain high luminescence efficiency thanks to reduced oxidation issues and suppressed energy leakage. These optimized QD-LEDs showed a theoretical maximum external quantum efficiency of 21.4 percent and an extremely long lifetime of a million hours, representing a performance comparable to that of state-of-the-art Cadmium-containing QD-LEDs.

The company has had a run of production issues regarding scalability and the inability to create an effective blue QD emitter as they fine-tuned their Quantum Dot processes, so this breakthrough has come at just the right time and will no doubt play a significant role as Samsung moves towards its goal of making a self-emissive QLED panel commercially viable.

As with any new technological breakthrough, it will be a long time before a QD screen based on this new production technique will be available for consumers’ homes. A 5-10 year cycle is normal for this sort of innovation to reach the consumer market since production facilities have to be built, tested and scaled up. In the meantime, Samsung will explore the commercial application of any new QD panels from the improved production process, which could include signs and displays for marketing and other corporate endeavours.

What do Samsung TV fans think of this new development? Why not leave a comment in the discussion thread.