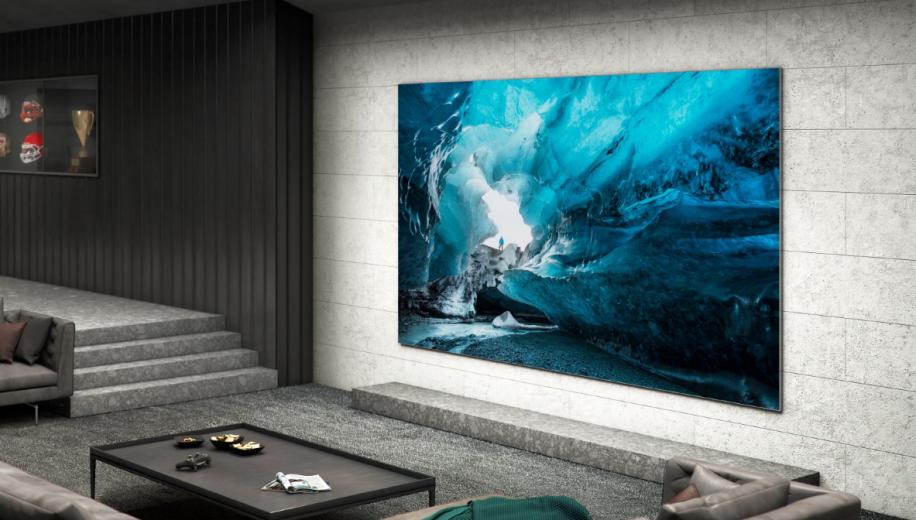 Samsung’s next generation Quantum Dot OLED display technology looks set to be launched in the first half of 2022 according to industry insiders who also suggest the company’s MicroLED production will be ramping up too.

Sources quoted in the Korean Economic Daily earlier this week indicated that Samsung will be including QD-OLED (quantum dot organic light emitting diode) models as part of its 2022 TV lineup, raising the prospect of the new display technology being officially on show at the upcoming CES in January 2022.

Back in Feb 2021, it was reported that Samsung Electronics and Samsung Display had entered into an agreement over future TV panel supply which included bringing the latter’s latest next gen quantum dot OLED displays to market. Samsung Display’s $10 billion plus gamble on QD-OLED could now be bearing fruit for both companies if the unofficial rumours are to be believed.

Apparently, the Korean TV giant is readying 55- and 65-inch QD-OLED models for the first half of the year with a larger 70-inch version to follow.

The hybrid design of QD-OLED brings together the brightness and colour of Samsung’s quantum dot technology with the deep blacks and strong contrast inherent in the self-emissive nature of OLED panels. The removal of a backlight also adds to panel flexibility according to Samsung, which could lead to some interesting applications.

According to the latest report, Quantum Dot OLED TVs will be positioned between Samsung's flagship QLED lines, such as the NEO QLED mini LED TVs launched this year, and the ultra premium MicroLED panels, and will therefore attract an associated premium price. This appears to be part of Samsung’s continuing plan to retain its dominance as the world’s number one TV manufacturer with a range of TV products and technologies suiting a number of applications and price ranges.

An industry official was quoted as stating, “Samsung is strengthening its premium strategy. Next year, it plans to unveil new QLED and QD-OLED TVs in the quantum dot category as well as MicroLED TVs in various sizes.”

The long awaited arrival of a consumer version of Samsung’s MicroLED TV technology finally saw a 110-inch MicroLED TV made available to the consumer market in the wake of a number of showings at the annual CES show. However, given the display’s size and price, it could remain a niche luxury item for a few more years though industry officials point to the company’s plans to ramp up production of the 110-inch model at its Vietnamese plant.

To further open up the market, there are reports that Samsung plans to build a new TV manufacturing facility at Ho Chi Minh City in Vietnam dedicated to making smaller 77-inch and 88-inch MicroLED TVs, with the new production line beginning mass production in 2022. Furthermore, Samsung is considering switching the MicroLED panel plate to thin-film transistors (TFTs) from printed circuit boards, lowering the production cost of MicroLED TVs to that of 8K QLED TVs.

The electronics giant isn’t stopping there either as the self emitting Quantum Nanorod Emitting Diode (currently also called QNED, or Quantum Dot Nanorod LED) is still a display option under development.

Clearly Samsung is playing the long game as far as TV display technologies are concerned.