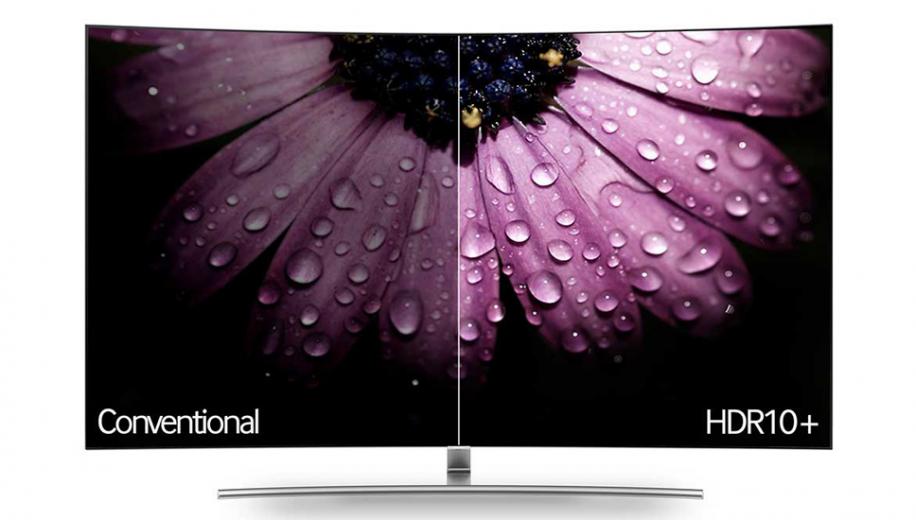 Just in time for IFA, Samsung, Panasonic and 20th Century Fox have announced a strategic partnership to develop HDR10+.
Samsung launched HDR10+ back in April but the three companies now plan to expand this open-source and royalty-free version of High Dynamic Range that adds dynamic metadata to the existing HDR10 format. Together, the three companies will form a licensing entity that will begin licensing the HDR10+ platform in January 2018. This entity will license HDR10+ royalty-free with only a nominal administrative fee to content companies and the manufacturers of Ultra HD TVs, Blu-ray disc players/recorders and set-top box manufacturers, as well as SoC vendors.

HDR10+ is designed to offer a better viewing experience for next generation displays, with improved picture quality thanks to the brightness, color, and contrast being automatically optimized for each scene. In normal HDR10 content, static tone mapping is applied across an entire piece of content but HDR10+ uses dynamic tone mapping instead, so every scene is individually encoded on a scene-by-scene basis which allows consumers to see HDR images that match the intention of the content creators.

HDR10+ is in direct competition with Dolby Vision, another version of HDR that includes dynamic metadata, thus threatening to force the consumer electronics industry into yet another format war. However Samsung, Panasonic and 20th Century Fox might find this something of an uphill struggle, as Dolby have made considerable inroads with Dolby Vision. Their format is already supported by LG, Vizio, Funai, Loewe and various Chinese manufacturers, with Sony due to add it in the near future. Unlike HDR10+, Dolby Vision is also part of the current specifications for 4K Ultra HD Blu-ray, with players supporting the format having already been released by LG, Oppo and Funai.

However it's in terms of studio support where Dolby Vision is strongest, with Disney, Warners, Sony Pictures, Universal, Paramount and Lionsgate already supporting the format on streaming services. In the case of Sony, Universal, Lionsgate and Paramount, they have also started to release Dolby Vision UHD discs as well. As for the main streaming services, Vudu and Amazon use Dolby Vision in the US and Netflix use it globally, although Amazon did announce their intention to use HDR10+ as an alternative going forward. However with 20th Century Fox being the only major Hollywood studio supporting HDR10+ it may struggle to gain traction.

So why have Samsung, Panasonic and 20th Century Fox decided to form this paternership? According to Jongsuk Chu, Senior Vice President of the Visual Display Business at Samsung Electronics “As leaders in home entertainment content and hardware, the three companies are ideal partners for bringing HDR10+ into the homes of consumers everywhere. We are committed to making the latest technology available in our TVs and are confident that HDR10+ will deliver premium quality content and enhance the way you experience television programs and movies in the home.”

“HDR10+ is a technological step forward that optimizes picture quality for next generation displays,” said Danny Kaye, Executive Vice President at 20th Century Fox and Managing Director of the Fox Innovation Lab. “HDR10+ provides dynamic metadata, which precisely describes every scene to deliver unprecedented picture quality. Working in partnership with Panasonic and Samsung through the Fox Innovation Lab, we are able to bring new platforms like HDR10+ to the market that more accurately realize the vision of our filmmakers beyond the theater.”

The partnership claims there are several key benefits for those who wish to adopt the platform for their HDR10+ compliant products. HDR10+ offers system flexibility, allowing a variety of partners, including content creators, content distributors, TV manufacturers and device makers, to incorporate this platform and improve the viewing experience for audiences. The HDR10+ platform was designed to allow for future development and innovation in order to deliver a more powerful technology in the years to come.

“Panasonic has a long history of working with industry leaders to develop lasting technical formats. We are delighted to work together with 20th Century Fox and Samsung to develop a new HDR format, which will bring consumers so many benefits,” said Yuki Kusumi, Executive Officer at Panasonic. “By offering considerable HDR picture quality improvements across a wider range of TVs while accelerating the amount of premium HDR content available, we expect HDR10+ to quickly become the defacto HDR format.”

So is this good news, offering consumers greater choice and a superior HDR experience or is this the start of yet another disruptive format war where no one wins? Let us know what you think in the discussion thread below.
To comment on what you've read here, click the Discussion tab and post a reply.
News Discussion (72)