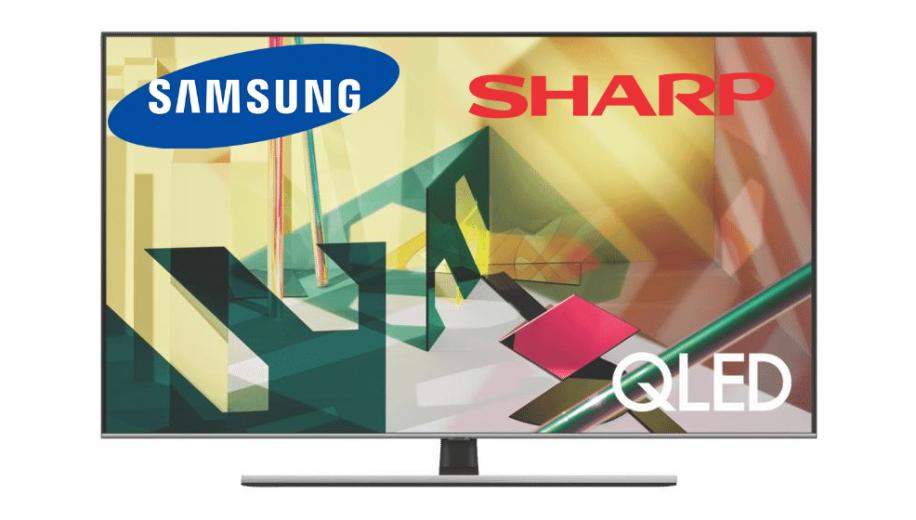 Samsung Display’s recent announcement that it will quit the LCD TV panel production business left a question mark over who would supply displays for Samsung Electronics’s UHD and QLED TV lines. Well, it appears that Samsung is now revisiting previous arrangements with Sharp.

Samsung Display’s decision might have caused executives at Samsung Electronics concern about how they would continue to supply affordable and mid range LCD based TVs to market but for the fact that they are returning to one supplier who left the fold under a black cloud back in 2016 - Japanese electronics giant and panel manufacturer, Sharp.

Analysts estimate that Samsung Display is the largest supplier of LCD panels to Samsung Electronics with around 30 percent of the total units required, thus significant production capacity needs to be shifted elsewhere as SDI bow out.

Display Supply Chain Consultants (DSCC) recently reported that Sharp - a previous long time supplier of panels to Samsung - has now signed on to become notably involved in the production of LCD displays for the world's largest TV seller.

At one time, Sharp provided up to half of Samsung's LCD panels and in 2015 accounted for more than 5 million mid-sized screens. Indeed, when Sharp got into difficulties, Samsung stepped in and purchased a 3 percent stake to provide immediate financial aid.

However, once Taiwan’s Foxconn came on the scene and acquired Sharp, the relationship with Samsung soured and eventually the two companies parted ways.

Now, as the global TV market changes with the rise of the Chinese TV makers and new display technologies such as QD-OLED, Micro LED and QNED on the horizon, this latest contract marks a new chapter between Samsung and Sharp Corp.Indeed, the relationship will be crucial for both as Samsung will still need to rely on the entry and mid level 4K LCD TVs to maintain its number one placement in the sector until these new technologies are ready for consumers.

Moreover, despite having significant ties with its sister company, Samsung Electronics also has a successful history of sourcing multiple suppliers to ensure production resilience and Sharp is in fact just one of a number of suppliers to whom the company will turn to fulfill its aims of growing its QLED sales from the 5.3 million units it managed to shift in 2019. These additional suppliers include Taiwan’s AUO and Innoloux plus China’s BOE and CSOT who will all step up alongside Sharp as Samsung Display winds down LCD production throughout 2020.

The new arrangement will certainly boost the performance of LCD production by Sharp as they struggle to compete with Chinese panel makers on both price and volume. According to market research firm IHS Markit, Sharp is ranked 8th with a 3.3% market share for TV displays.

Sharp of course has its own range of TVs including the Aquos LCD brand and the company will be launching its new OLED model sometime in 2020. It is also working with NEC on 8K and 5G display technology.