A Galaxy of choice 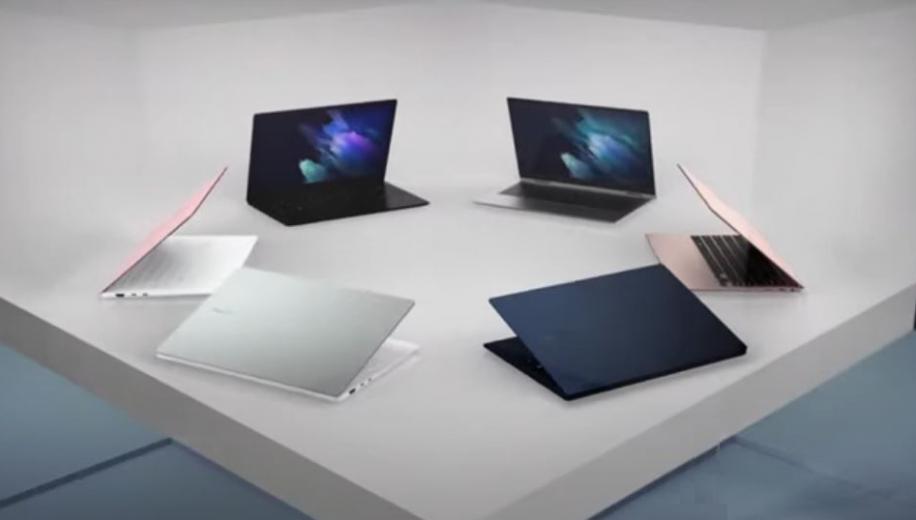 Joining the Galaxy ecosystem in answer to the question, 'why can't a laptop be more like a smartphone?' are the latest Galaxy Book additions, which aim to be the best of both worlds in terms of portability, power and connectivity. They start from £699 and go up to £1499.

Moreover, as new members of the Galaxy ecosystem, the new Galaxy Book range provides a seamless experience across devices for those that also use Galaxy earbuds, tablets, watches and smartphones, so users can expect continuity in terms of connections, expansion and sharing.

It’s no hassle to upgrade to one of Samsung’s new laptops either as Galaxy Smart Switch provides the same experience of transferring files and data between your old Windows laptop/PC and your new Galaxy Book model as you get when transferring data during a phone upgrade.

There’s also a new superfast 65W charger with a detachable USB-C cable for these notebooks so it’s possible to use it for a range of Samsung devices, saving on chargers littering up the place.

However, you don’t have to already be invested in Samsung’s other hardware to benefit from what’s on offer (but you know what tech companies are like!)

Starting at the entry level end, the Galaxy Book comes with a 15.6-inch full HD LED display and like all the models in the 2021 range, bar the Odyssey, runs on an 11th Gen Intel Core processor and Intel Iris Xe Graphics set up. UK models have an i5 or i7 CPU and there’s an i3 version for the international market.

There’s plenty of connectivity across the range including USB C, USB A, HDMI and microSD, with the Pro and Pro 360 supporting up to three external monitors and including a Thunderbolt 4 connection for an 8K display.

Moving onto the Pro models, and the display moves from LCD to full HD AMOLED and in the case of the Pro 360, it’s also a touch screen that can fold back so the device can be used like a tablet. The Pro 360 also supports Samsung’s S-Pen for added creativity and flexibility.

Coming in 13.3- and 15.6-inch versions, both Pros have redesigned keyboards and larger trackpads than previous models and the battery in each can last for up to 20 hours of video playback, while a charging boost of 30 mins will ensure another 8 hours after that.

The Galaxy Book Pro is the thinnest and lightest of the range starting at 11.2mm thick and 868g for the 13.3-inch version which comes in at £1,099 for both the Core i5 8GB /512GB and Core i5 8GB / 256GB LTE options. Colours include Mystic Pink Gold, Mystic Blue and Mystic Silver, all in a two tone finish.

At the top of the range is the Galaxy Book Pro 360 which will have 5G options coming later in the year, while all models across the new 2021 range include Wi-Fi 6 and Bluetooth with LTE included in certain models. The Pro 360 starts at £1,199 for the 13.3-inch i5 8GB / 512GB SSD spec and comes in Mystic Silver, Mystic Bronze and Mystic Navy in a metallic finish.

Also consistent across the range is a 720p front camera that has a dual mic array with intelligent noise cancelling for better video calls. There’s support for Dolby Atmos with the Pro models getting a speaker upgrade to AKG tuned drivers and all the models run Windows 10 Home.

Full price details are as follows: