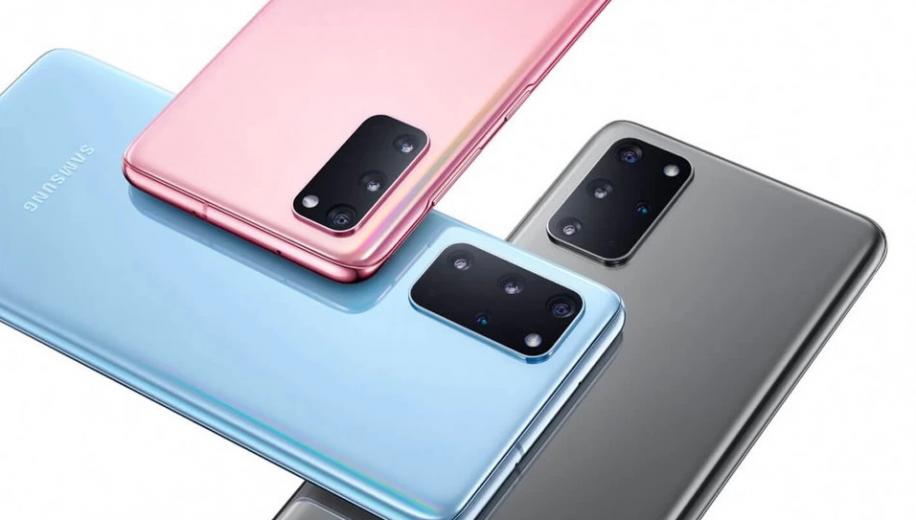 Samsung has launched its 2020 range of smartphones and in a move that has surprised no-one, it has left behind its previous naming convention of incremental iterations and moved directly from last year’s Galaxy S10 to the Galaxy S20.

According to Samsung the adoption of ‘20’ in the phone's name heralds the new decade reflecting the convergence of new technologies such as 5G, AI and IoT for a new era of smartphones.

Starting with the main S20 smartphone range, there are 3 variants; the S20 with a 6.2-inch display, the S20+ featuring a 6.7-inch display and the flagship S20 Ultra which comes with a 6.9-inch display. As all of these are now above 6 inches those wanting something more manageable in the hand may have to either look to the Z Flip foldable (although that is still 6.7 inches when unfolded) or look to another manufacturer.

Since Samsung is pushing 2020 as the year of 5G, all three models feature a 5G variant handset while the S20 also has a 4G option. Each model has a 3200 x 1440 AMOLED panel with a 20:9 aspect ratio and a 120Hz refresh rate at 1080p which will aid a smooth gaming experience the company says. At the screen’s native resolution of Quad HD+, the screens run at 60hz and the option to switch between a faster screen or a sharper one is available. The screen covers almost the entire front of the handset and there’s a small hole punch in the middle at the top for the front facing selfie camera, of which the Ultra boasts a 40MP variant.

Other shared specs include an ultrasonic fingerprint sensor, wireless charging, a microSD slot and IP68-rating. However, all three have finally lost the 3.5mm headphone jack.

As expected the new models are powered by either the Snapdragon 865 or Samsung's own Exynos 990 chipset variant depending upon territory and the base memory for each 5G model is 12GB LPDDR5 RAM. Dropping down to the 4G S20 you’ll get 8GB RAM while the top end Ultra handset will get 16GB RAM.

Of particular note is the increased camera spec for all three models. The S20 and S20+ feature a 64-megapixel telephoto lens, a 12MP wide and a 12MP ultra-wide lens while the S20+ gets a depth of field sensor too. Samsung say that the main 12MP camera now features bigger pixels to capture more light and the telephoto lens combines a 3x Hybrid Optic Zoom and 30x Super Resolution Zoom that can operate in concert.

The S20 Ultra camera setup features a slightly bulkier array which includes a 108MP wide angle sensor which automatically merges groups of nine pixels into one, effectively capturing nine times as much light before merging the captured image into a 12MP shot.

The S20 Ultra’s telephoto sensor drops to 48MP but by using machine learning techniques the phone can perform a 100x "super-resolution zoom".

The camera software used is AI assisted which allows Single Take Mode - a series of shots to be taken over a 10 second period using each of the camera sensors before presenting a variety of different images for the user to choose their favourite one.

Finally, each of the S20 models can shoot video in 8K which can be uploaded to YouTube and played directly on an 8K TV.

The S20 range of phones will come in a range of colours including Cosmic Grey, Cloud Blue, Cloud Pink and Cosmic Black and are available for pre order now to  ship on March 6th.

Prices are as follows:

The commercial during the Oscars robbed the Galaxy Z Flip of any true ‘wow’ factor at its Unpacked launch and the clamshell design invites close comparison to Motorola’s recently launched foldable Razr phone. However, Samsung kicked off the event with its latest attempt at a foldable device and the company is pushing this as a phone for connecting with people, especially via video.

Pronounced ‘zee flip’ the highly reflective finish in Mirror Purple, Mirror Black or (for some countries) Mirror Gold features a small 1.1-inch notification slot so that it’s not necessary to open up the device every time you are contacted. It’s also possible to take a selfie while the phone is closed.

Once open though, the 21.9:9 screen is a sizable 6.7-inches with hardly any bezel and is the first foldable phone to feature a hole punch camera. The Z Flip uses ultra thin foldable glass which is durable and protects the screen and will survive the opening and closing process 200,000 times according to Samsung.

The specially designed free-stop hinge allows the phone to stay open at various angles just like a laptop. While open, the phone enters ‘Flex Mode’ which causes the compatible applications to use the two screens in different ways - a viewing area and an interaction area.

It’s also possible to use the phone in this propped open position to video chat or take a selfie hands free using the 10-megapixel selfie camera. The rear camera setup is a twin 12-megapixel ultrawide and a regular 12-megapixel wide-angle camera.

The special hinge also uses a curtain of fibres to prevent dust and particles from entering the minute gap between the hinge itself and and the device, something the Z Flip’s predecessor, the Samsung Galaxy Fold, was shown to suffer from.

Also heavily leaked prior to the event, Samsung's second generation true wireless earbuds, the Galaxy Buds+, were confirmed at the event as having dual dynamic drivers in each earpiece and a much improved battery life. Once charged, the Buds+ will be good for 11 hours while the charging case can double that. And for emergencies, a short charging blast of a few minutes will get you an hour of playback.