Pandemic impact has yet to fully filter through 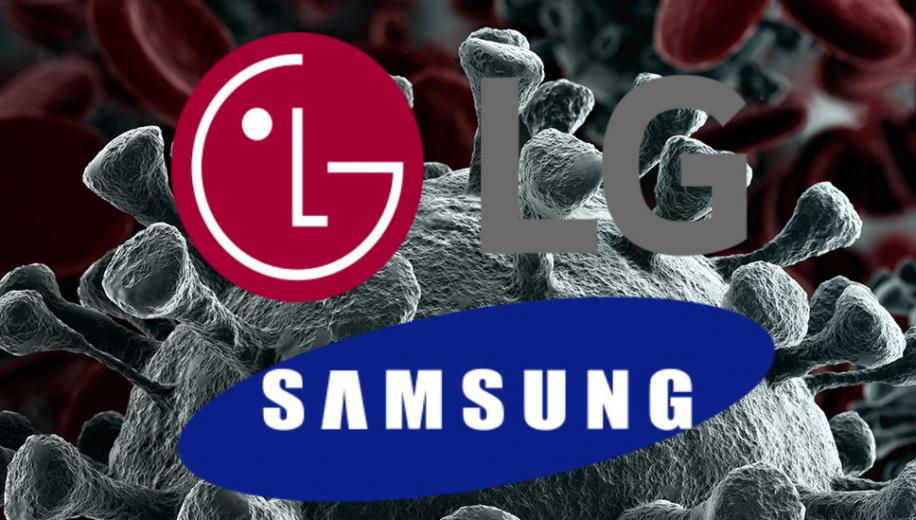 The South Korean electronics giants LG and Samsung have reported their Q1 finances and both seem to be having a similar experience operating under the spectre of a global pandemic.

While the coronavirus tore through China, South Korea and Japan back in January and February, effectively halting manufacturing in that part of the world and impacting the global economy, Samsung and LG both seem to have escaped the worst of the initial situation with solid sales in semiconductors for Samsung and strong domestic sales in home appliances for LG. The news is not so promising for their TV sales going forwards though.

Both companies conclude that the main global impact of the coronavirus crisis will be felt in the April - June period and they are predicting sharp declines in demand throughout Q2 for smartphones and TVs. Beyond that, the electronics giants appear reluctant to make any predictions given the uncharted waters they find themselves in.

Low demand for mobile phones and TVs is expected from Europe, which is still largely in lockdown with some easing of restrictions only just being announced. While overall sales of TVs will be negatively affected due to the postponement of the 2020 Euro Championships and the Tokyo Olympics.

Samsung said, “Sales and profits of set products business, including smartphones and TVs, are expected to decline significantly as Covid-19 affects demand and leads to store and plant closures globally.” It added, “In the second half, uncertainties driven by COVID-19 will persist as the duration and impact of the pandemic remain unknown.”

Meanwhile LG Electronics said of the 2nd quarter earnings forecast, "The impact of Corona 19 (sic) is expected to further increase the uncertainty of the global economy." The statement continued, "If Corona 19 (sic) is prolonged, it will suffer in the third and fourth quarters of this year as well. It is difficult to forecast for each business in a situation that affects the real economy omnidirectionally."

Richard Windsor, an analyst at RadioFreeMobile, said: “Samsung is expecting a sharp drop in demand in Q2 2020 (read 10pc plus) but has very little visibility beyond that.”  He added while smartphone demand would be reliant on a wider economic recovery, demand for semiconductors from data centres and corporates was “faring considerably better”.

Park Sung-soon, an analyst at Cape Investment and Securities commented, “Earnings will deteriorate in earnest for mobile phones, home appliances and TVs, which are weighing on stocks.”

Although it looks like there will be tough times ahead for the South Korean rivals, long term damage is unlikely as their long term business strategies, including moving away from LCD TVs to OLED and more advanced display technologies, will be able to deal with this coronavirus bump in the road.

TV industry analyst Paul Grey told AVForums he expects TV manufacturers will need to make some changes to their release plans over the next two or three years.