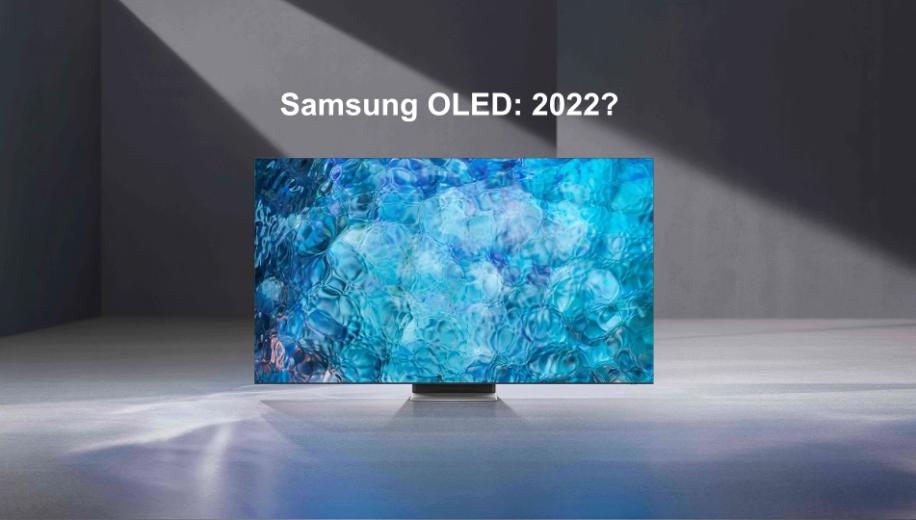 Rumours of Samsung’s move back to OLED TVs first broke back in April and raised a few eyebrows across the AV sector given the company’s rigid stance on the technology. It’s been quiet since then but a recent report suggests there may have been more to it.

After having dallied with OLED TV technology for a single model back in 2013, Samsung dropped its OLED programme citing concerns about lack of brightness, plus burn-in, and pursued its extremely successful and popular QLED series instead.

However, after a rumour arose in April that Samsung was talking to arch-rival LG’s panel-producing subsidiary LG Display about procuring OLED panels, there was a flurry of speculation that Samsung was back paddling towards OLED TV waters.

That now could be borne out as a report coming from Korean tech news site The Elec picked up by other AV outlets states that Samsung has negotiated the supply of two million OLED panels. This is a not insignificant number, even given LG Display’s manufacturing capabilities and adds Samsung to LG Display’s list of almost twenty global customers all requiring OLED panels.

Drawing data from industry market research outfit Omdia, The Elec goes on to break down Samsung’s expected premium TV lineup in 2022 as tentatively consisting of 3 million Neo QLED TVs along with 2 million OLED TVs. This latter figure is further broken down into an expected 500,000 QD-OLED TVs, with panels supplied by sister company Samsung Display who are in the process of ramping up production, and 1.5 million OLED TVs.

The deal for OLED panels is believed to be part of a larger arrangement which will also see LG Display supply up to four million large sized LCD displays too. LG Display’s contribution to Samsung’s LCD panel pool is still a relatively small percentage of the overall requirement for 2022 - expected to be about 53 million LCD panels in total - but is a continuation of an agreement already in place which addressed supply issues back in 2017.

Moreover, since Samsung Display announced its withdrawal from the large scale LCD market, expected to be completed at the end of 2022, parent company Samsung Electronics has looked to spread its LCD requirement across additional suppliers. Now, to remove over reliance on Chinese manufacturers such as TCL, CSoT and BOE, it’s reported that the South Korean tech giant will be bringing on board Taiwanese display manufacturers such as AU Optronics, Innolux and Sharp. This is expected to address some of the quality concerns with China made LCD panels as well as reduce the risk to the supply chain.

What Does This Possible Move to OLED Mean?

Samsung Display has been developing QD-OLED technology for a couple of years now and although we’ll have to wait for CES 2022 for confirmation, it seems highly likely that QD-OLED TVs from Samsung Electronics, and others, will be with consumers during 2022.

If Samsung is also throwing ‘regular’ OLED TVs into the mix too, what does this say about the company's commitment to its Neo-QLED TVs. These were only released in 2021 and use the company’s well established and respected QLED technology and add a miniLED backlight for far better control over the dimming zones.

Additionally, is a move to OLEDs in 2022, an admission by Samsung that its QD-OLED technology still requires some refinements before it matures or that the initial market price will just be too off putting to consumers? Then of course there’s Samsung’s MicroLED TV which will certainly remain out of reach of the average customer for some time to come.

Indeed, if the rumours do pan out and Samsung is now looking to be active in across numerous TV display technologies - older LCD tech for its Neo-QLED, current OLED tech and forward looking QD-OLED and micro LED tech - is this not just a sensible business decision to ensure a broad spectrum of consumer options and to ensure manufacture and supply risk is not concentrated in a single area/product.

The last two years of supply chain issues, product distribution and volatile market prices has surely caused most major tech firms to reassess business continuity plans and reconsider whether sticking to entrenched business dogma and rivalries is in fact a weakness they need to get past.

A move finally by Samsung to OLED may be presented as a climb down by some in the industry but all it will take is a little creative marketing to smooth over the U-turn and ensure that the consumer doesn’t get confused by the appearance of yet another TV display acronym/brand name.

Could a new era of detante between Samsung and LG also finally be a toe in the door for Samsung to consider Dolby Vision? Ok, let’s back up... one thing at a time.