Michi technology spreading through the ranges 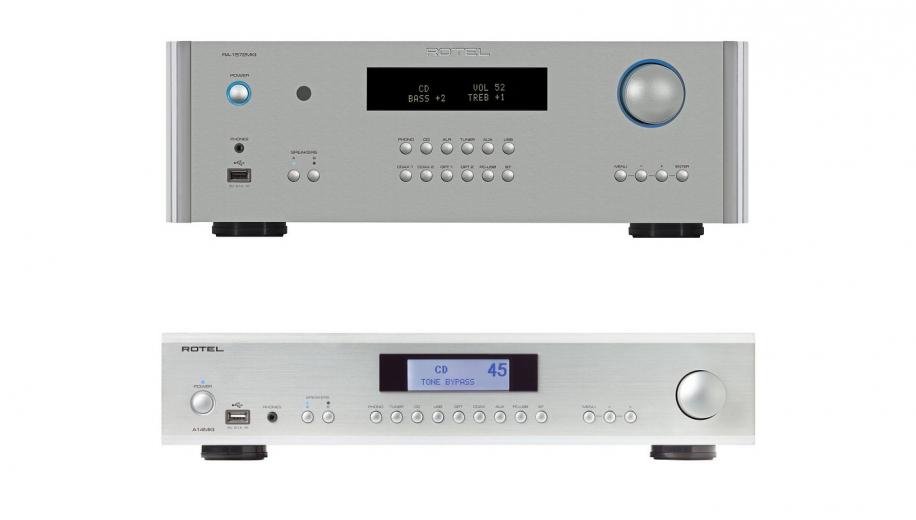 Rotel has unveiled an upgrade to three of its 14 and 15 Series integrated amplifiers. The  A14MKII, RA-1572MKII and RA-1592MKII all see improved audio circuit design and new components.

The  A14MKII, RA-1572MKII and RA-1592MKII are second generation versions of the 14 and 15 Series integrated amplifiers and all benefit from design innovations which resulted from the three year engineering R&D programme that led to Rotel’s Michi range and its improved acoustic performance.

At the flagship end of Rotel’s 14 Series is the A14 integrated amplifier which now sees a new MKII version sporting a new Texas Instruments Digital to Analogue Converter (DAC) supporting 32-bit/384kHz audio and complemented by 25 component changes in the DAC output filters. There are additional power supply component changes brought over from Rotel’s Tribute models and changes in the signal path circuits provide a more lifelike reproduction of music.

These improvements are added to the existing portfolio of features and connections which includes aptX and AAC Bluetooth for wireless streaming, the usual range of digital and analogue connections (such as a USB type B socket and Moving Magnet port), MQA decoding and rendering, and Roon Tested certification.

The 15 Series now includes the top end RA-1592MKII plus the RA-1572MKII which each take a performance step up from their respective progenitors.

The RA-1592MKII uses 200 Watts of Class AB output power into 8 ohms to help deliver the benefits of its component upgrades which include 12 new coupling capacitors added to the DAC circuits along with over 28 changed components in other critical signal pathways and further changes in the power supply circuits.

Slightly lower down, the RA-1572MKII  gets over 33 component changes in the acoustic capacitors, filter capacitors and the power supply. For both the 15 series models, the improved frequency response and higher component tolerances lead to a more immersive soundstage and improved accuracy and positioning.

The RA-1592MKII and RA-1572MKII feature similar digital, analogue and wireless connectivity to the A14MKII (the 1592MKII adds a third coax and digital input) but both add XLR Balanced inputs and a front panel USB for iOS devices

Orders for the A14MKII, RA-1572MKII and RA-1592MKII can be placed now with shipping expected to begin May 2021 in the United States and Canada, and to the rest of the world soon after.