Worth a few ads? 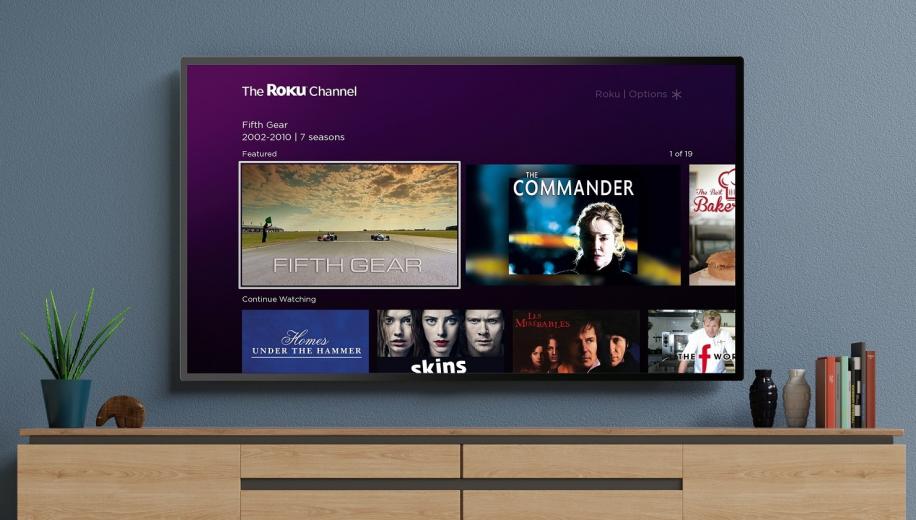 Roku has announced the launch of The Roku Channel for viewers in the UK. The free service features over 10,000 movies, TV episodes and documentaries.

Available from today at no cost, the service will be ad supported meaning there are no fees, subscriptions, sign ups or logins required.

The Roku Channel will be available in the UK to owners of Roku streaming players and Roku TVs while an agreement with Sky will see the service come to Sky Q boxes and NOW TV devices.

The unveiling of the channel in the UK - the US saw its launch in 2017 - will see a range of global and homegrown content including popular titles such as Homes Under the Hammer, The Commander, Ultimate Force, Fifth Gear, Skins and Britain’s Best Bakery. Meanwhile Hollywood movies including Get Carter, The Wicker Man and Les Miserables will also be present.

Supported by regular ads, which are not repeated more than once every half an hour, users of The Roku Channel will find a variety of features such as personalised recommendations and in-channel search functions available on Roku and NOW TV devices to help locate and view their favourite shows and films.

Rob Holmes, Vice President of Programming at Roku said, “With The Roku Channel we are making it easy for consumers to find great free entertainment and provide additional value to Roku users, NOW TV device holders and Sky Q customers.” He further added, “Ad-supported viewing is one of the fastest growing categories on our platform and we are excited to meet the consumer demand for free TV.”

Of particular interest to families with young children will be the ‘Kids and Family’ section which houses hand picked shows including Bob the Builder, Teletubbies, Oddbods, Bernard, Ryan’s World Specials and Fireman Sam which are available at launch and can be selected from a special child friendly character row.

The Roku Channel in the UK features over 40 content partners, including All3Media International, EndemolShine Group, FilmRise, pocket.watch and DRG, plus Hollywood studios such as Lionsgate and Sony Pictures Television and more publishers are expected to be added over time.

The announcement comes on the back of a recent Roku OS update to 9.3 which adds Roku Voice enhancements and support for Works with Amazon Alexa / Google Assistant plus performance tweaks in the UK, along with a host of other region specific improvements.

Will you be trying out The Roku Channel as a source of some extra free content? If you do, why not use the discussion thread to let others know how you get on?