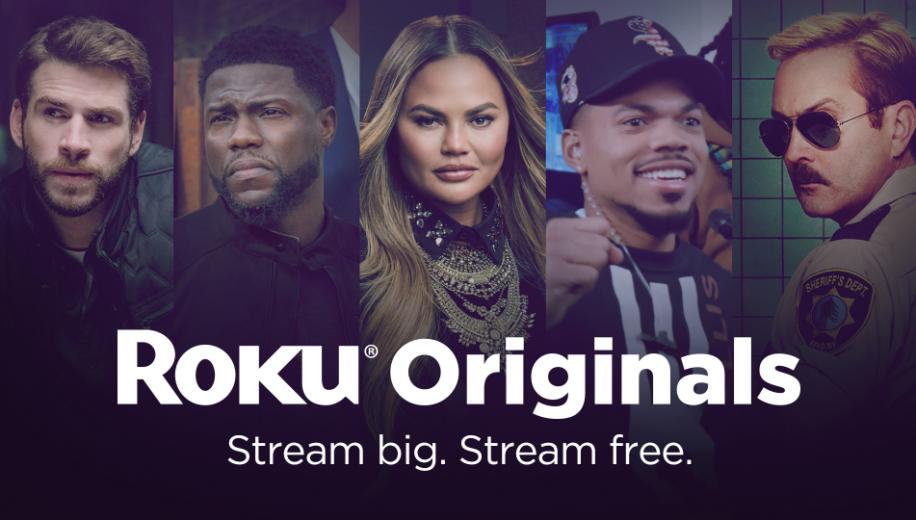 Streaming platform Roku has announced the launch of 30 new titles under its Roku Originals banner, available on 20th May alongside discounts on hardware to celebrate ‘Streaming Day’.

Roku Originals will be the new brand name for future original programming on the Roku Channel and will be available for free on the streaming platform for viewers in the U.K., U.S., and Canada.

A mix of award-winning and scripted series, documentaries plus alternative and reality programming is scheduled featuring notable talent such as Anna Kendrick, Chrissy Teigen, Joe Jonas, Adam Devine, Liam Hemsworth, Kiefer Sutherland and Kevin Hart. It will join the lineup of already freely available movies and TV programmes on the Roku Channel.

The lineup of new shows is actually formed from the rebranded library of content that Roku acquired from the defunct Quibi platform, and includes a remake of 60s TV series The Fugitive, sporting documentary Blackballed, the Christoph Waltz starring The Most Dangerous Game, Flipped with Will Forte and Kaitlin Olson as a couple who stumble upon hidden cartel proceeds, comedy Reno 911, reality show Chrissy’s Court and more.

Longstanding reality prank show Punk’d is also part of the package and will have the first airing of select never-before-seen episodes featuring the likes of Machine Gun Kelly and Tyra Banks on the receiving end of comedy stunts.

U.S. and Canadian comedy fans will also benefit from the addition of the Kevin Hart founded linear channel, LOL! Network to the Roku Channel, where its curated comedy shows will join more than 190 live linear streaming channels.

Moreover, the remaining content from Quibi’s library of 75 titles will be rolled out onto the Roku Channel by the end of 2021 with the intention of raising the profile of Roku as an original content provider and paving the way for an expansion of Roku Originals.

Sweta Patel, VP of Engagement Growth Marketing, Roku, commented, “As The Roku Channel grows, we will continue to be even more creative and expansive in sourcing great content that will perform well in a free, advertising-supported model, while delivering an array of incredible, quality entertainment for our users to enjoy.”

Roku is America’s number one streaming channel based on hours streamed (quoted from data by Hypothesis Group, April 2021), and the free, ad-supported platform features 40,000 movies and TV programmes as well as access to thousands of streaming channels/activities for fitness, food, beauty, kids content and more.

Industry created ‘Streaming Day’, typically 20th May, commemorates the launch of the very first Roku streaming player in 2008, and is recognised this year by a number of discounts on Roku hardware.

The Roku Channel is available on Roku devices, Web, iOS and Android devices, Amazon Fire TV and select Samsung TVs, and can be accessed internationally in the U.S., Canada and the U.K.